Evergreen State Bank engaged La Macchia Group to conduct a market analysis identifying locations for the bank to expand its presence. Through this study, La Macchia Group identified the rapidly growing west side of Sun Prairie and its burgeoning retail district as an ideal locale to achieve the bank’s goals.

La Macchia Group then met with the City of Sun Prairie, and found out what land was being developed locally. As a result, they were able to work with the City and the developer to acquire one of best sites in the Sun Prairie market – a coveted piece of land in a development to be anchored by a major grocer. The bank’s future site had one of very few opportunities for drive-up facilities within the development, thus limiting the feasibility of other financials.

Because of the long contingency period required by the developer, the bank needed a temporary space and found an attorney’s office that once was a savings & loan nearby. La Macchia Group converted this into temporary branch for two years while the new site and facility were developed & constructed. This temporary branch allowed the bank to gain market share and customers prior to opening the new permanent facility.

La Macchia Group designed the new building with a tower element at the entrance and a lobby that co-mingles natural illumination from an overhead skylight with light from the full-length windows in the surrounding offices, which also offer views of the landscaping outside.   Concentric bulkheads give way to high ceilings and an open concept that compliments dramatic color schemes and mission-style fixtures and furniture.

The interior retail-inspired layout was designed to allow for ease of transactions in an open and inviting space. Branch features include a conference room for meetings or community events, a coffee bar, and video displays. Attention was paid to the incorporation of the newly developed brand throughout the interior space, visible through the colors and implemented throughout.
- 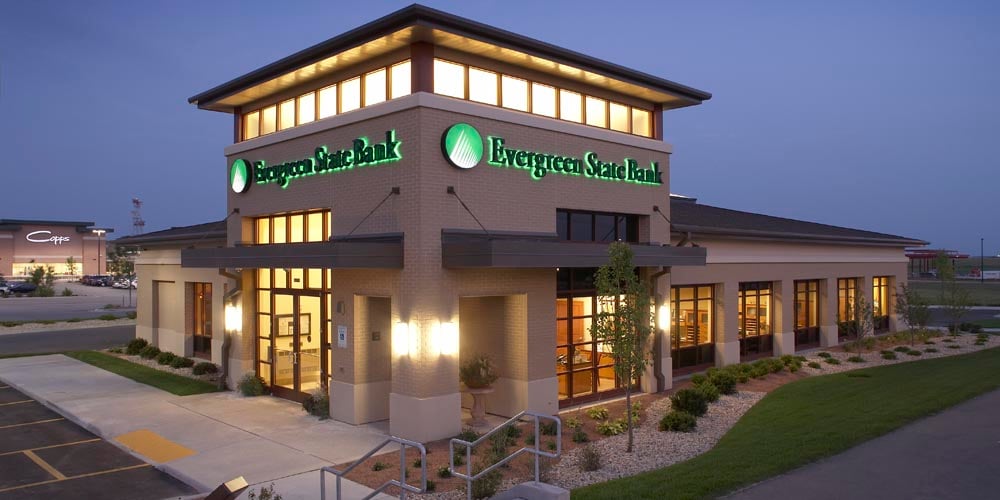 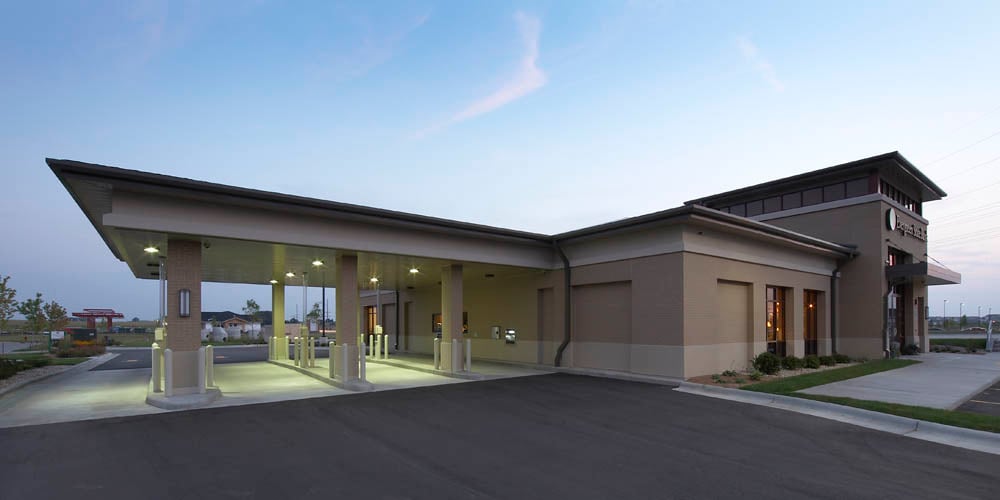