It was recommended that the Credit Union remain at its current location, which is near a high-traffic intersection. However, the current location was dated, lacked parking and was blocked from the street by a neighboring building. After demolishing the neighboring building, the live remodel began. Construction took seven months and allowed General Credit Union to remain functional during the construction process.

The exterior was refreshed with a bright coat of paint and a new, red standing seam metal roof. Inside, the old staggered teller line was replaced with teller pods, providing a more open, airy space. A feature wall reminiscent of painted, weathered wood pulls in the orange logo color and adds interest to the space. To provide a coffee shop feel, a long, curved computer counter was installed along the wall.

General Credit Union has now positioned itself and its brand image well in an area that La Macchia Group recommended not leaving. This was a great decision for the credit union as relocating the branch could have hurt potential growth in the long-run. La Macchia Group hopes to remain a strategic partner for this stable credit union for years to come. 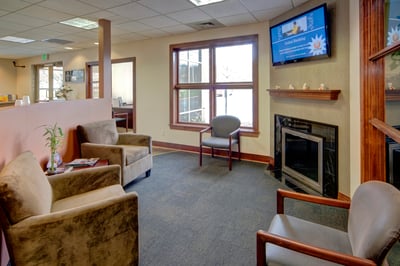 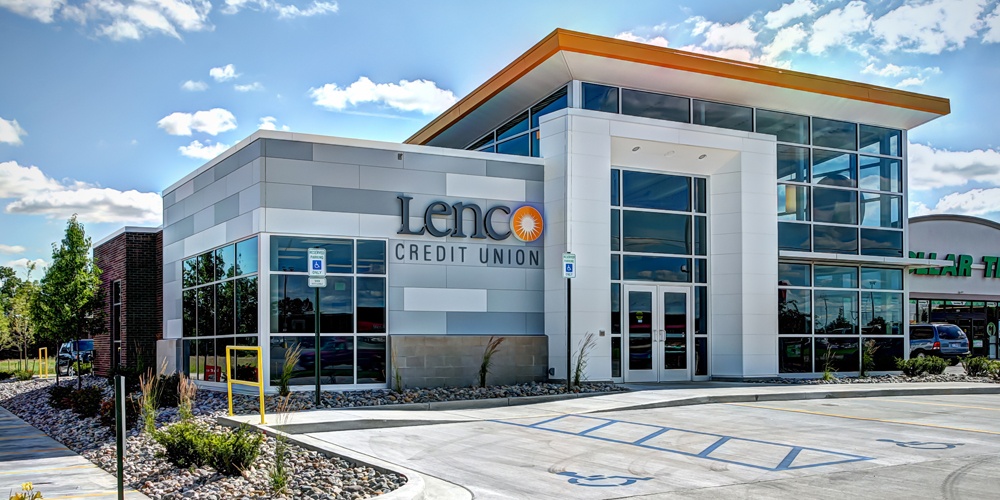