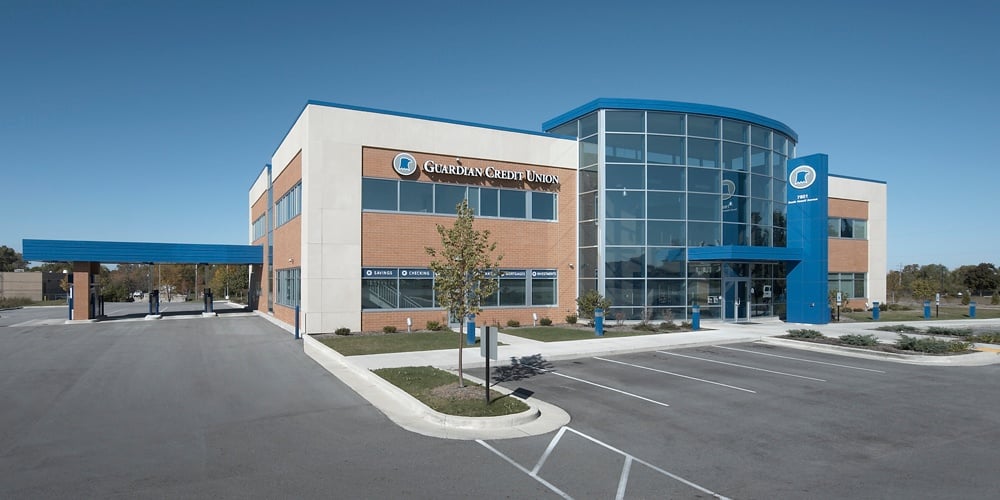 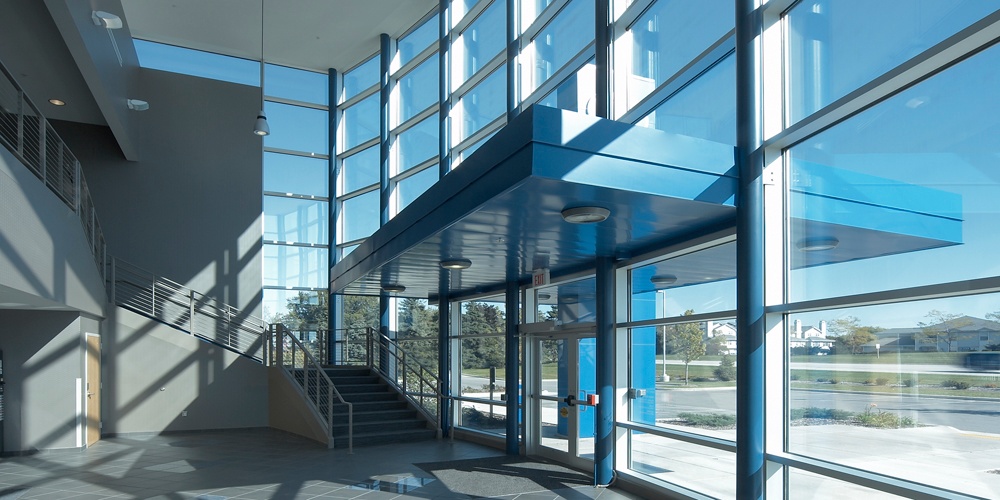 Guardian Credit Union approached La Macchia Group for advice on an expansion plan in 2002 and 2003. La Macchia Group researched the market and identified an unlisted piece of property as the perfect location to meet the credit union’s goals. Conversations with the owner and considerable coordination with the Wisconsin Department of Transportation, the City of Oak Creek, Mitchell International Airport and the sewage district resulted in a successful negotiation and a subdivided parcel.

With the site secured, the team waited for the right time to build. After four years, the property value tripled and the team discussed the benefits of selling the parcel. Developing a large branch office versus a smaller branch prototype was also debated. Guardian Credit Union opted to proceed with plans for a larger branch on the acquired site.

The building plan included a computer center and training facility as well as space for future growth. Because the area is transitioning from an industrial area to a retail-focused neighborhood, the design addressed both an industrial and residential aesthetic. A large central curtain wall of glass and aluminum along with ribbon windows attract the attention of passerby, beckoning potential members to the building.

Since making this decision to expand into the Oak Creek market, Guardian Credit Union will continue on a path of growth and prosperity in the Wisconsin credit union market. 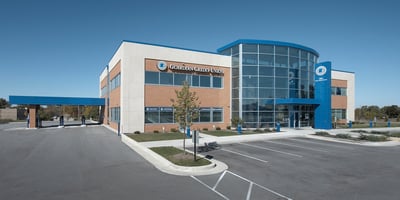 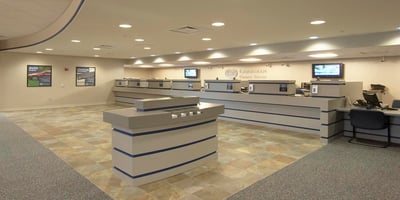 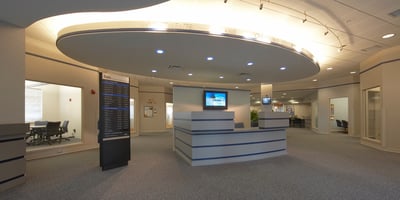 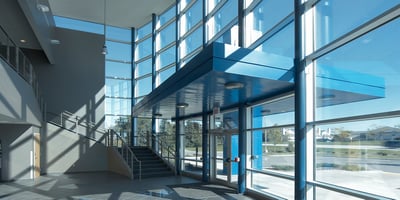 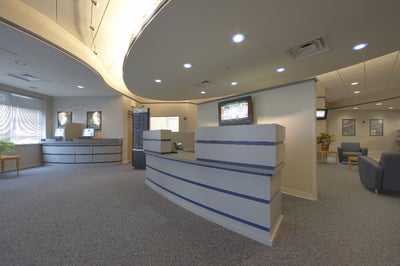 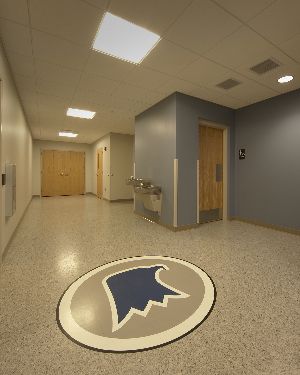 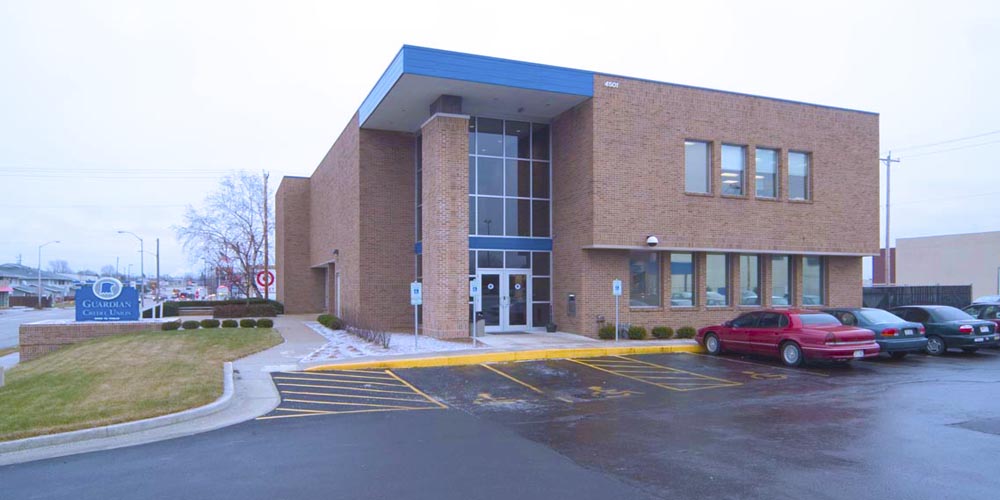