Over five years ago, Ralph La Macchia became aware of an emerging market and parcel in a proposed development in Manitowoc, WI, and secured an option to purchase the subject property. La Macchia then approached Ken Beine, President of Shoreline Credit Union, and presented the market as ideal for his credit union’s target membership. They soon placed the parcel under contract and negotiated a restriction on other credit unions within the entire 100+ acre development. The project began as a branch location but was then put on hold. After several years, the credit union asked La Macchia Group to help them enter the market in a more significant manner than the previous plan. Shoreline Credit Union wanted to build a large facility that made an architectural statement to attract business owners and young professionals.

The Manitowoc area’s shipbuilding heritage inspired the architecture and interior design of the new building. This maritime inspiration also drove the re-branding of Shoreline away from its traditional and conservative style of the past. A single tower structure with intersecting roof lines and angled stone elements was created to look like two units, depicting a cubist approach to the nautical inspiration. Windows and views were equally important in creating scenes as if one was looking at the sea from the bridge of a ship.

The sea-inspired theme also influenced the warm, ambient interior design. The color palette drew from a collection of rocks from Lake Michigan - blue-gray, warm beige, light warm gray and dark warm gray. As one moves through the interior, the color experience mimics the sands, the shore and the sea. A gradation of greens adds to the experience, providing a cool, soothing and relaxed décor.

The space plan includes a central waiting area with flat screen televisions, a training center and additional space for expansion. Other features of the space include a web kiosk surrounded by frosted glass and lit internally like a beacon. The teller line includes glass mosaic tiles that shimmer and shine like water, arranged in a smooth, undulating curve to illustrate with the credit union’s brand statement – "We are making waves." Additional nautical-inspired details include illuminated elements, a glass enclosed conference space and ceramic tiles imprinted to look like wood planking.

Shoreline Credit Union’s new building is a tribute to the heritage of the surrounding community and provides a welcoming environment for its members. Not only is the credit union on target for its planned market capture, its architectural statement is helping Manitowoc communicate a forward-thinking mentality that attracts people to the community.

Our goal was to enter the market as an innovator, and the facility that La Macchia Group designed and built for us hit the mark. Since we’ve opened the branch, we’ve grown our business and garnered significantly more young members. Our innovative new facility is the talk of the town, and has been been featured on the cover of the city’s lifestyle magazine. On behalf of everyone at Shoreline, thanks ever so much. 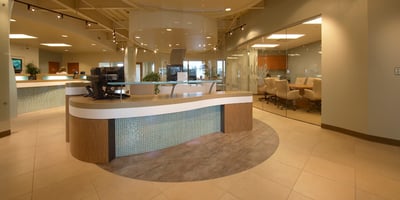 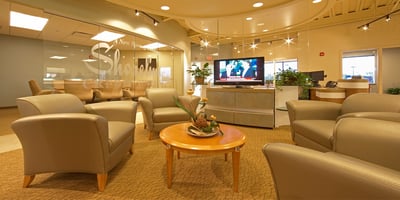 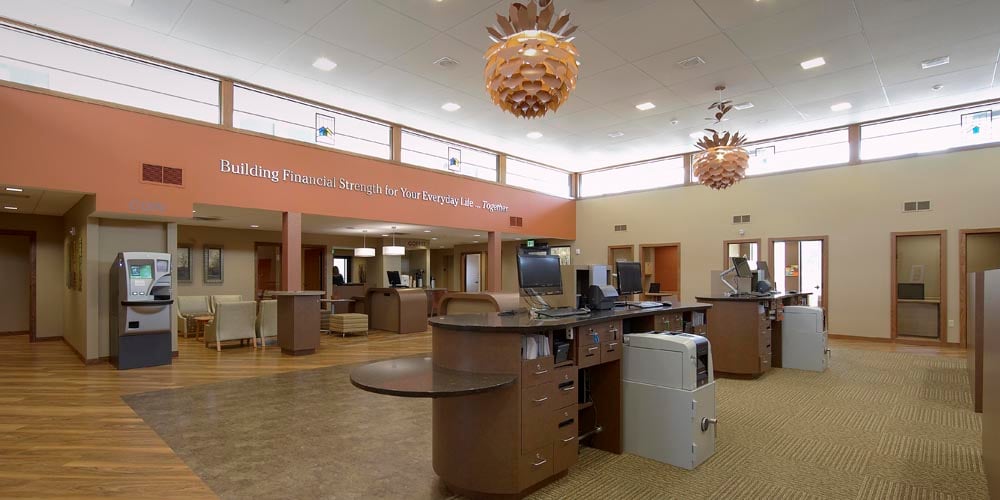