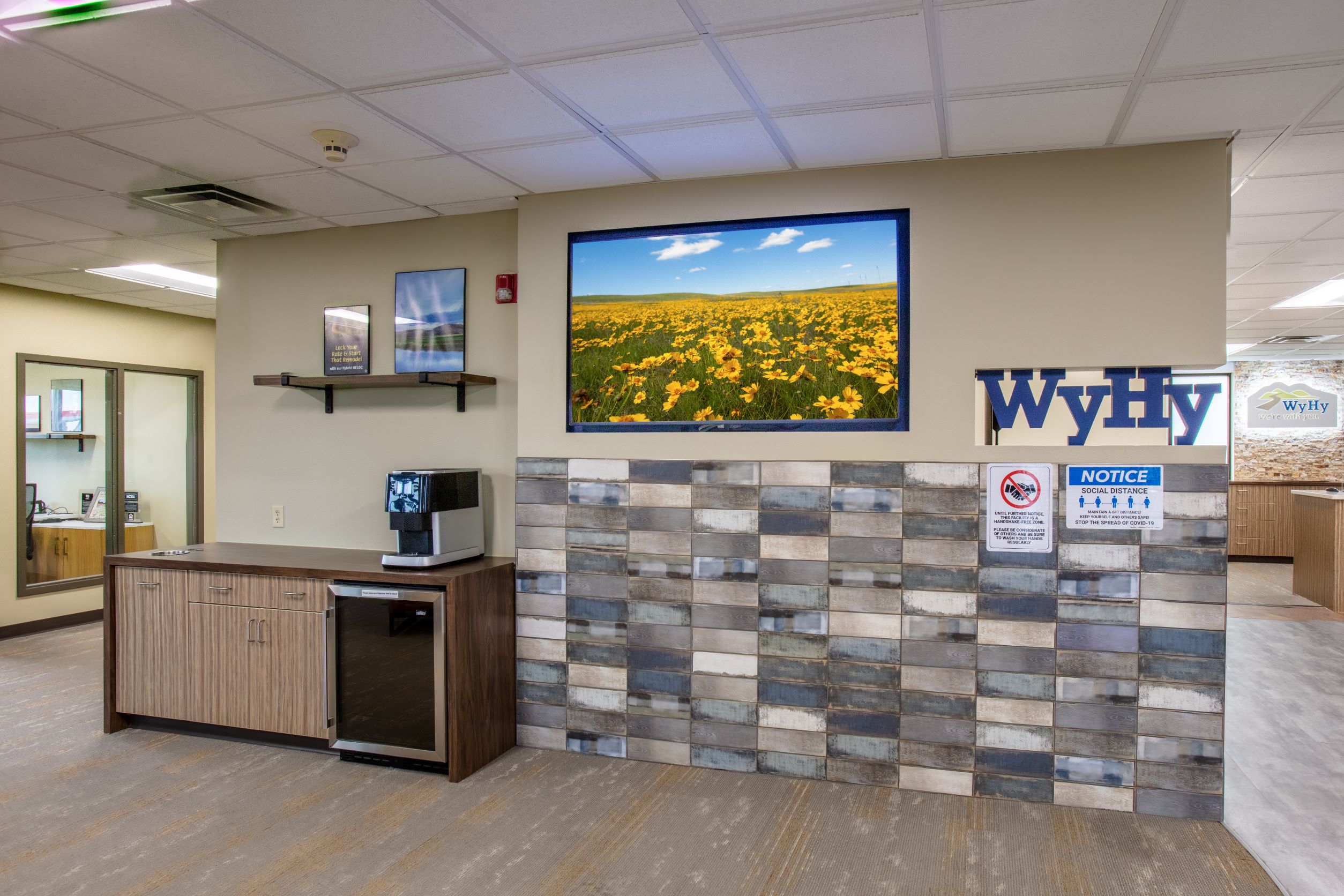 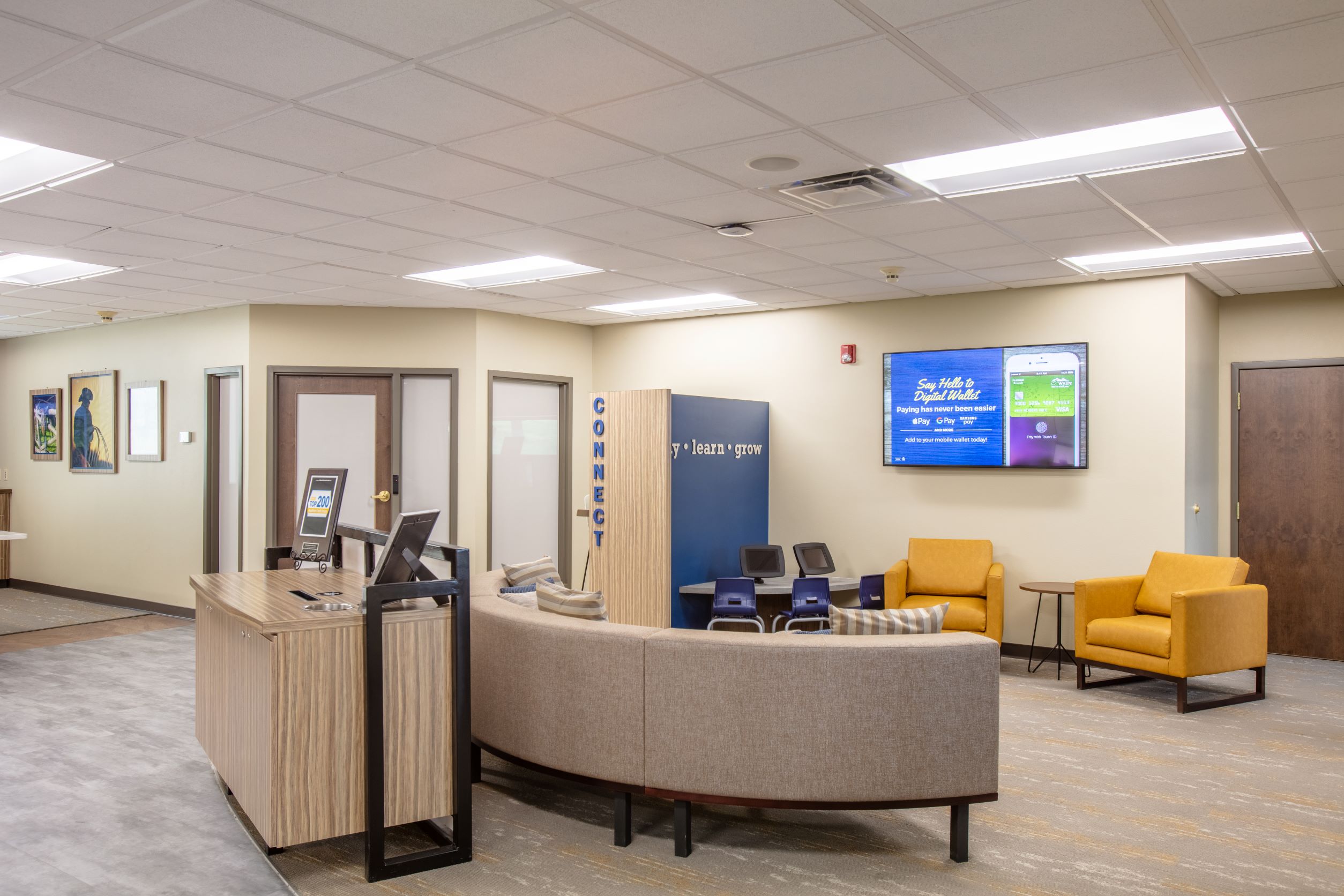 The Second In A Series

As an investment in their future, WyHy Federal Credit Union worked with La Macchia Group to take on two simultaneous live branch renovations, choosing to continue serving members while work happened.  As a smaller project than their Cheyenne branch two and a half hours south, the member service area of their Casper branch needed to reflect the credit union's brand but connect with a slightly different target market.  La Macchia Group’s design team studied both markets; research indicated that simple, yet unique details would set the tone for the Casper space and reflect the personality of the people who work and visit there.

The Casper community is surrounded by nature, nestled at the foot of Casper mountain. The city is home to several museums and historical sites, many of which the design team wanted to feature within the space.  Artwork that spoke not only to WyHy’s brand, but also the culture of Casper was applied throughout the branch to unify the two touchpoints. To further express that culture, designers used various décor pieces to bring out the local, historical, and scenic imagery – making it different than what members would see in Cheyenne.

Private offices for hoteling were branded with scenic imagery of Casper to help elevate the experience.  With the help of La Macchia Group’s Vivalociti team, digital displays with custom localized content were installed in the lobby and the kid’s area.

Completing this renovation at the same time as their Cheyenne branch was a great way to streamline their efforts and find efficiencies.  The team is now ready to provide impeccable service to the members of the Casper community. 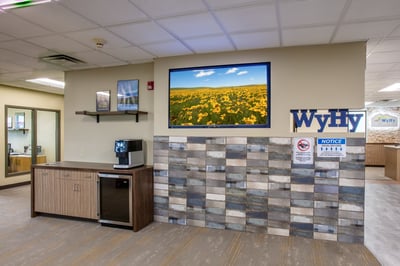 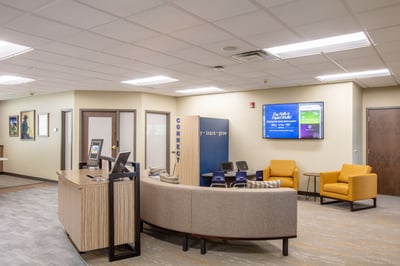 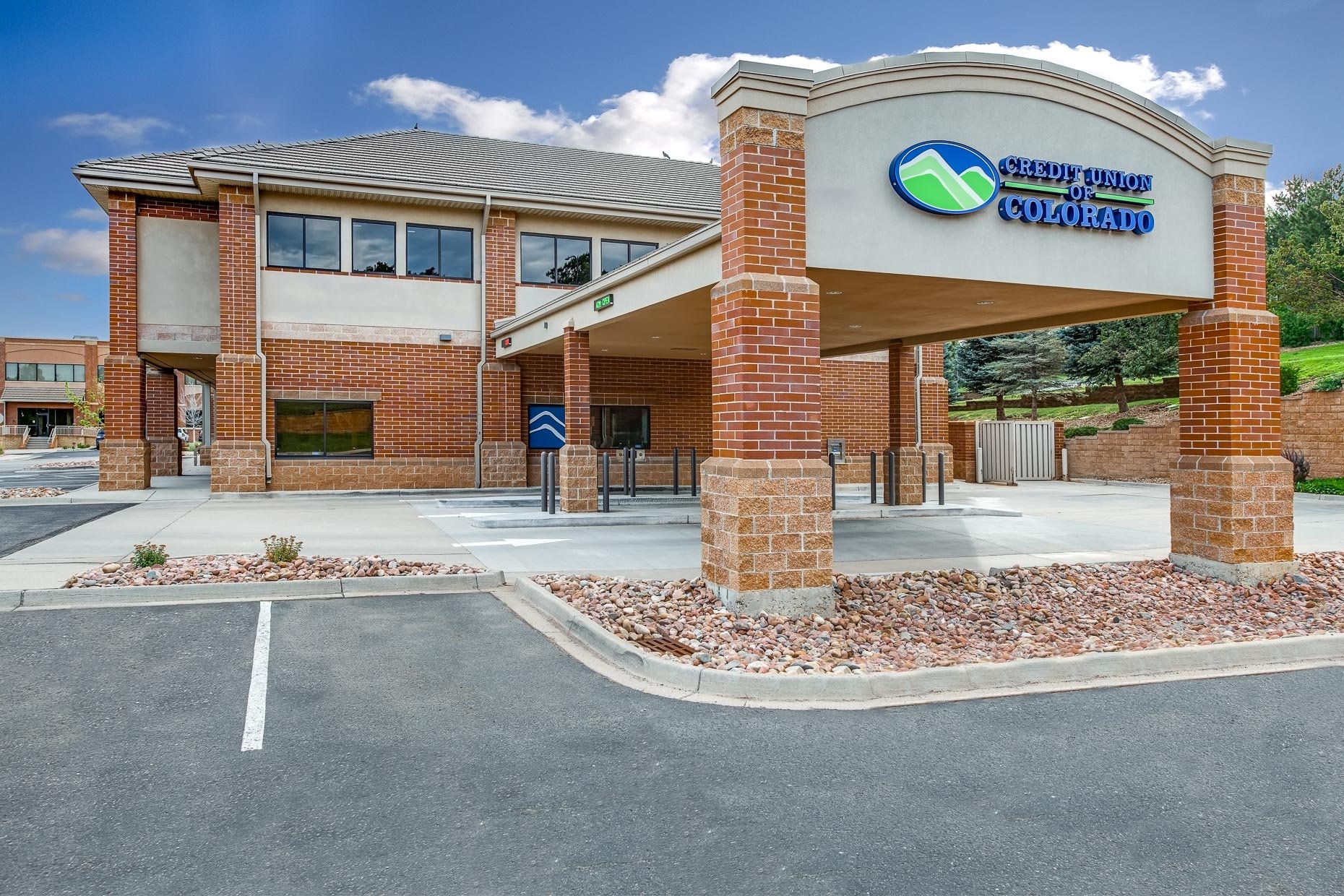