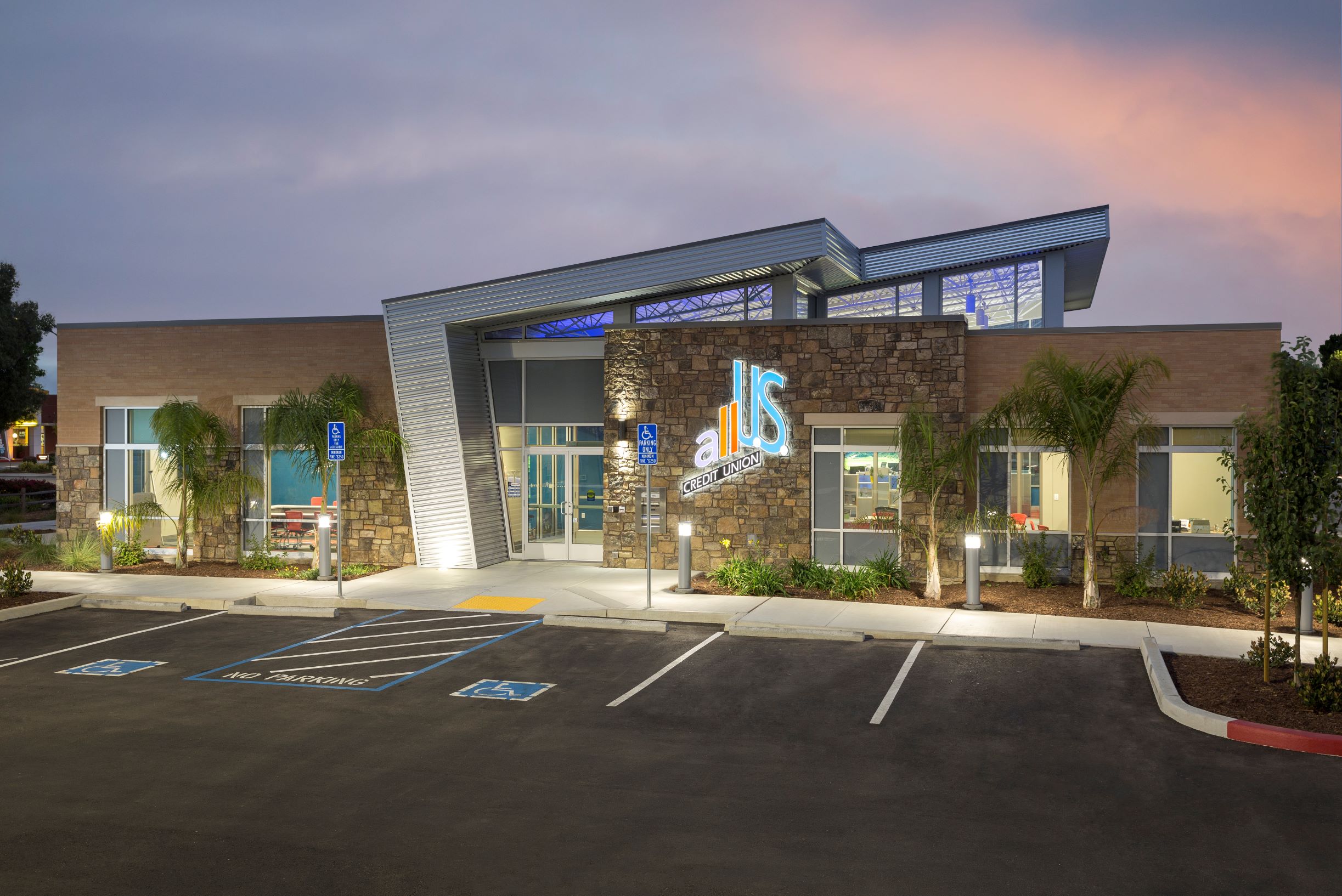 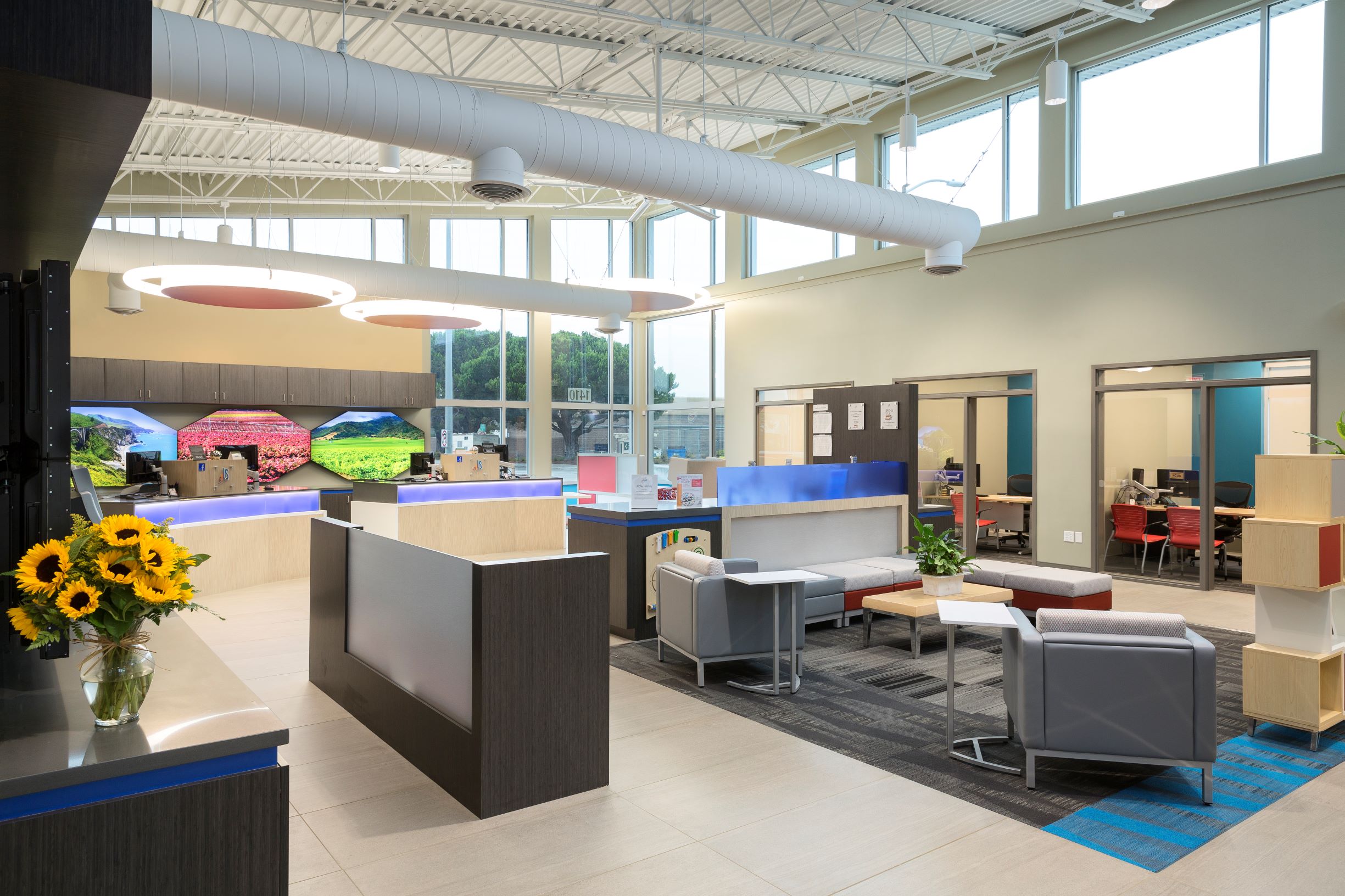 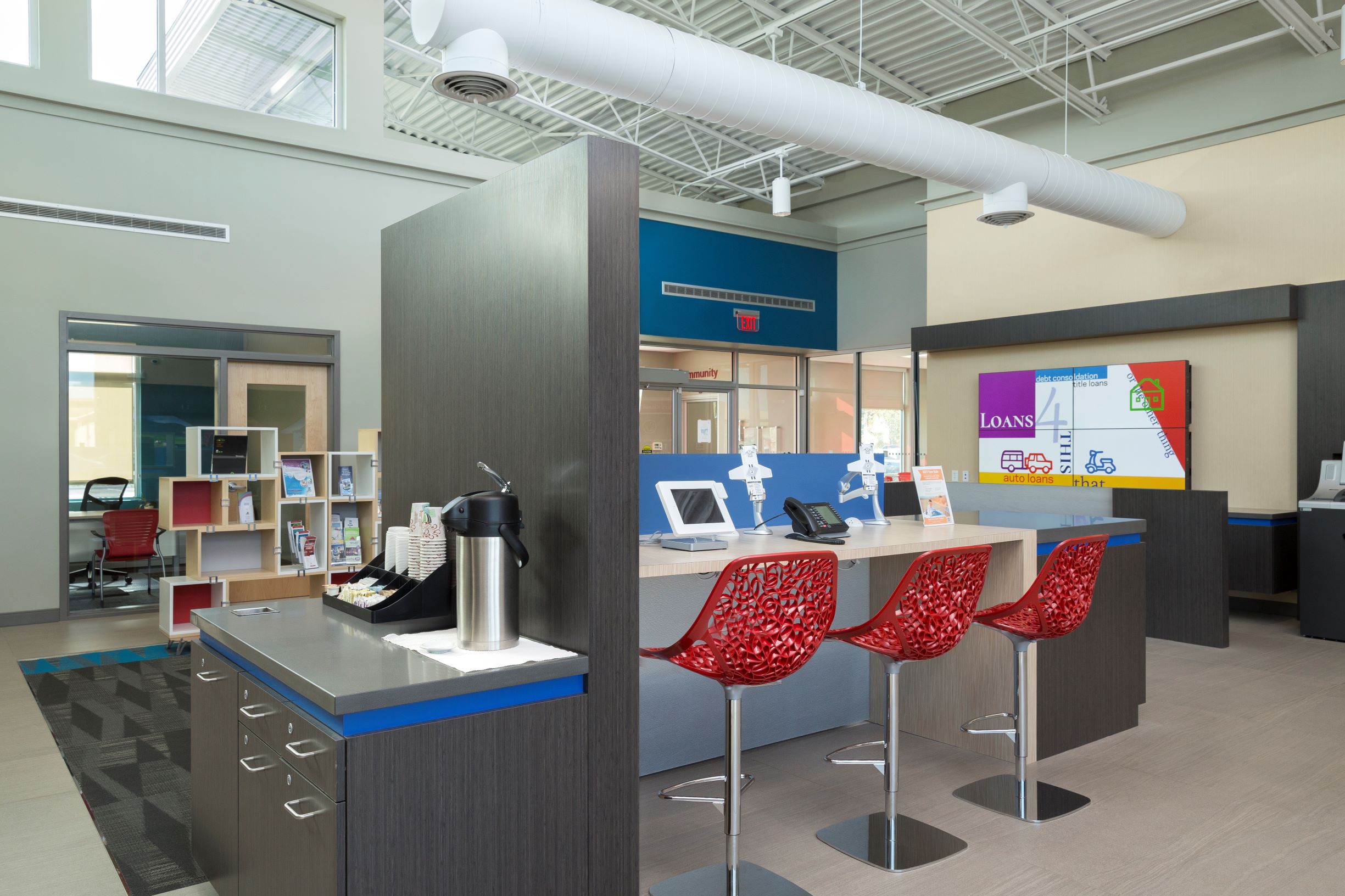 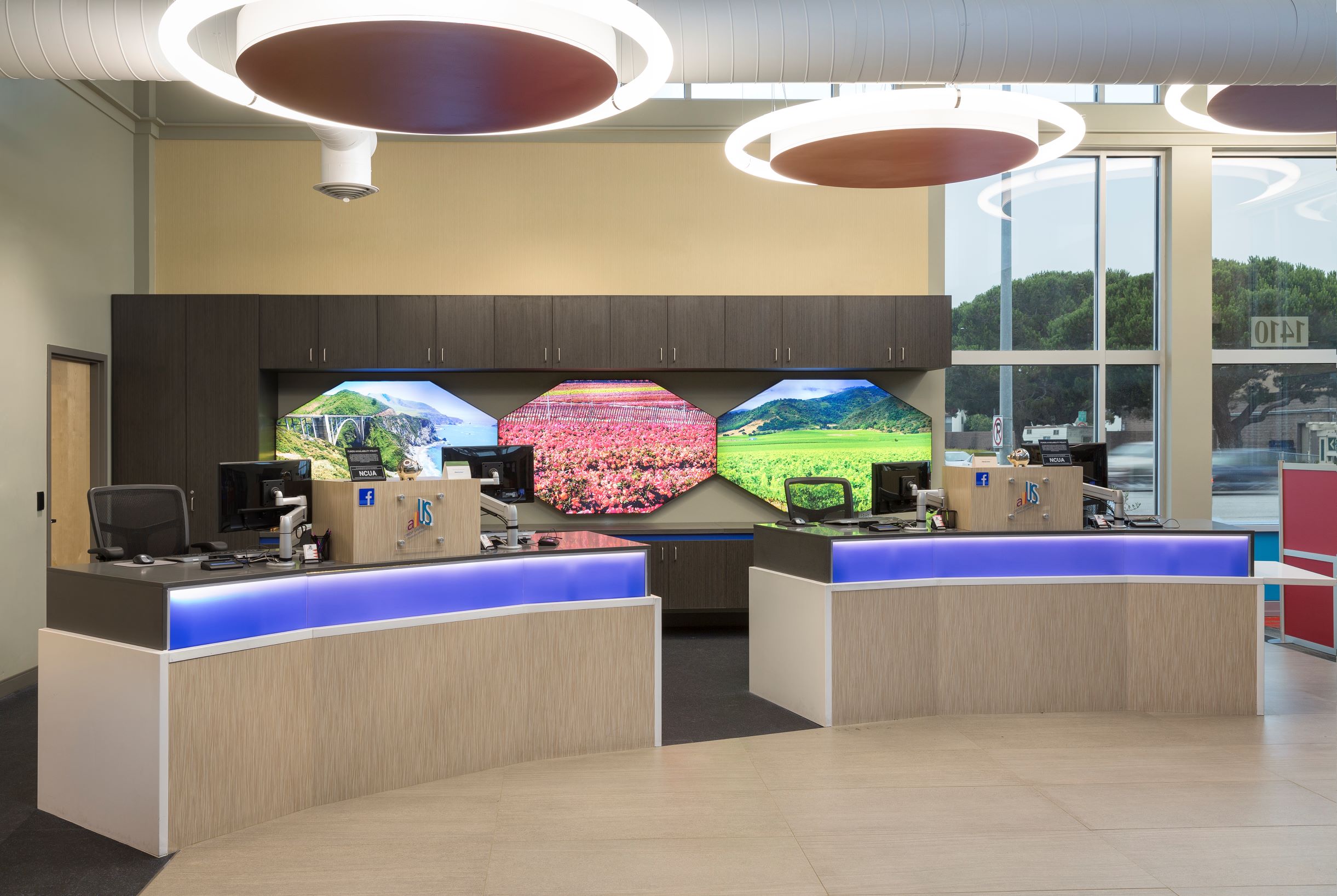 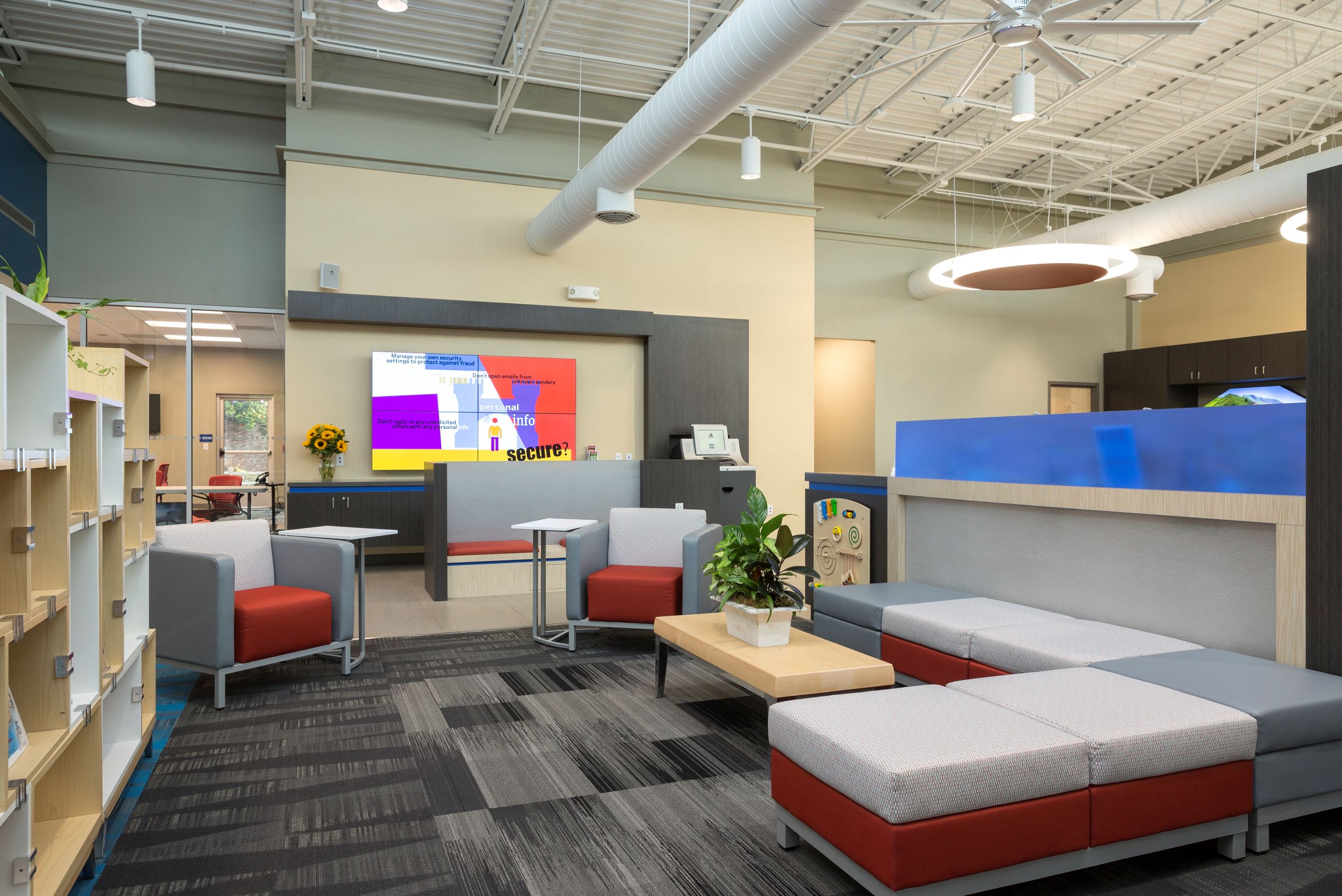 With an urgent need to relocate its main office, allU.S. Credit Union enlisted La Macchia Group for the market analysis, acquisition, design and construction of their new facility. Through the market analysis, La Macchia Group uncovered that the north side of Salinas would be the prime location to grow loans, lower the average member age and provide a convenient location for existing members.

The identified site, owned by the City of Salinas, was adjacent to the El Gabilan Public Library - a facility that in need of repairs and updates. Through numerous discussions between the Credit Union and the City Officials, an agreement was formed for a long-term ground lease. The long-term lease would allow the Credit Union the use of a highly visible, well-located site while the City, subsequently, would be able to utilize the lease payments to construct a new library.

With a prosperous site location locked down, design of the new space was focused on bringing a state-of-the-art branch that would be "positively different" from their competition. The exterior design element was inspired by the diagonal lines of the allU.S. logo while echoing the angled terrain of Fremont Peak -- located in the El Gabilan mountain range. Natural materials were used on the building to complement the surrounding environment. LED lighting, low VOC interior finishes and solar panels on the roof were all implemented to support the allU.S. sustainablity goals.

Providing their members a modern retail experience was the driving force behind the approximately 4,800 square-foot space. A concierge-style station greets their members upon entry along with the implementation of teller pods for a high-end member service experience. Branded elements such as a large video display wall and a digital feature wall behind the teller pods adds to the design goal and the credit union's mission. Other features of the new space include a lounge area with a coffee bar, a children's area with iPad access, a community room with video conferencing capabilities, and a shared parking lot with the new library.

La Macchia Group connected with us to understand how we imagined the interior of the branch to support the brand, our budget and our concept of relationship banking. LG listened to the design elements that we hoped to incorporate and together we developed a look and feel that we felt supported our brand. All of the LG staff that we came in contact with has a dedication to excellence as well as a pride in the end product. We greatly appreciate the job that LG did and love our new home!

Full view of the facility. 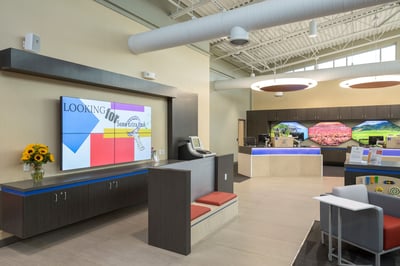 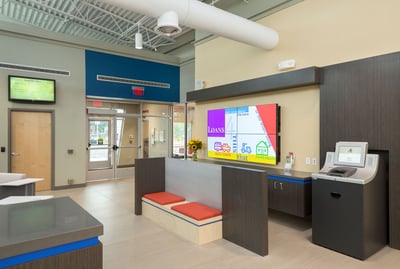 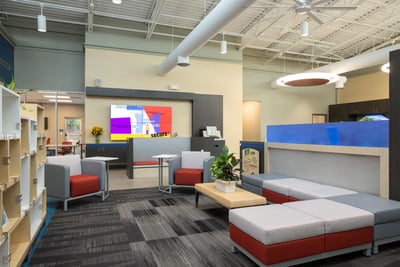 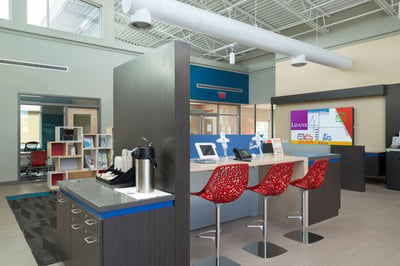 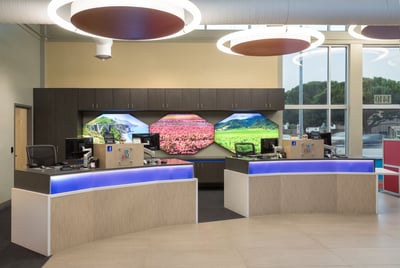 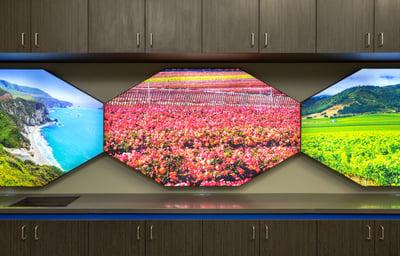 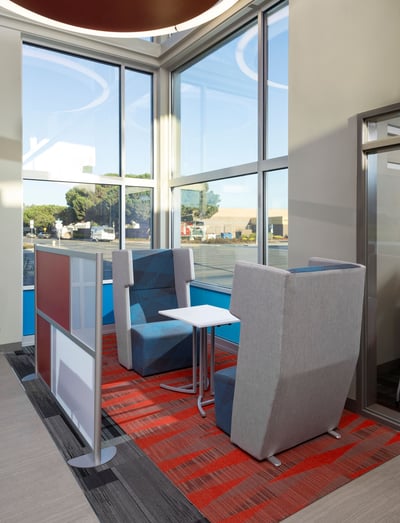 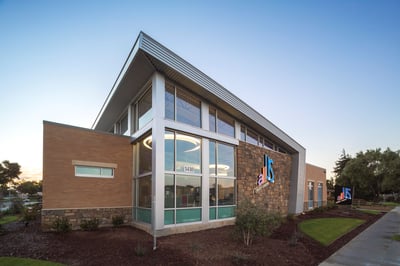 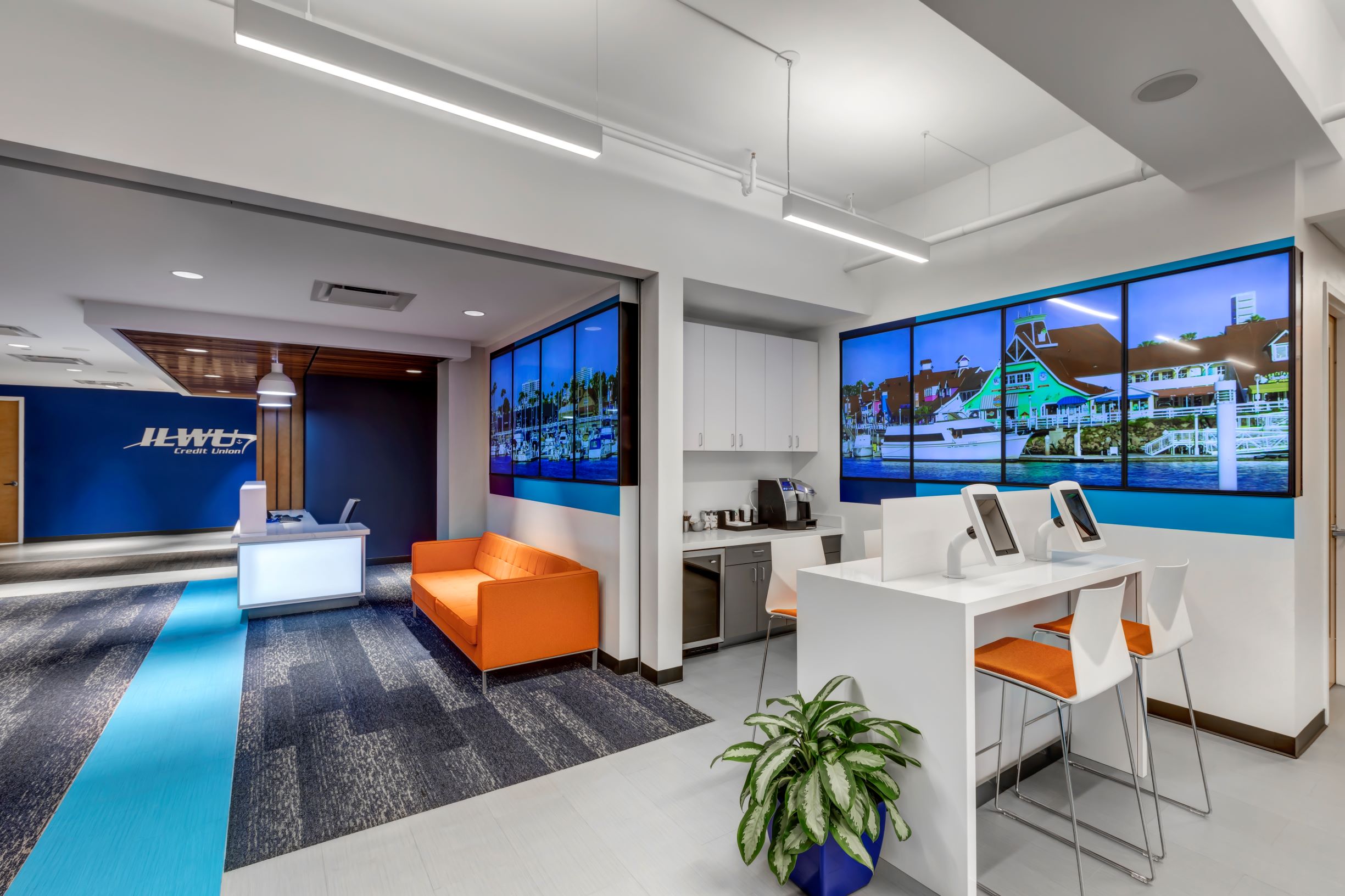