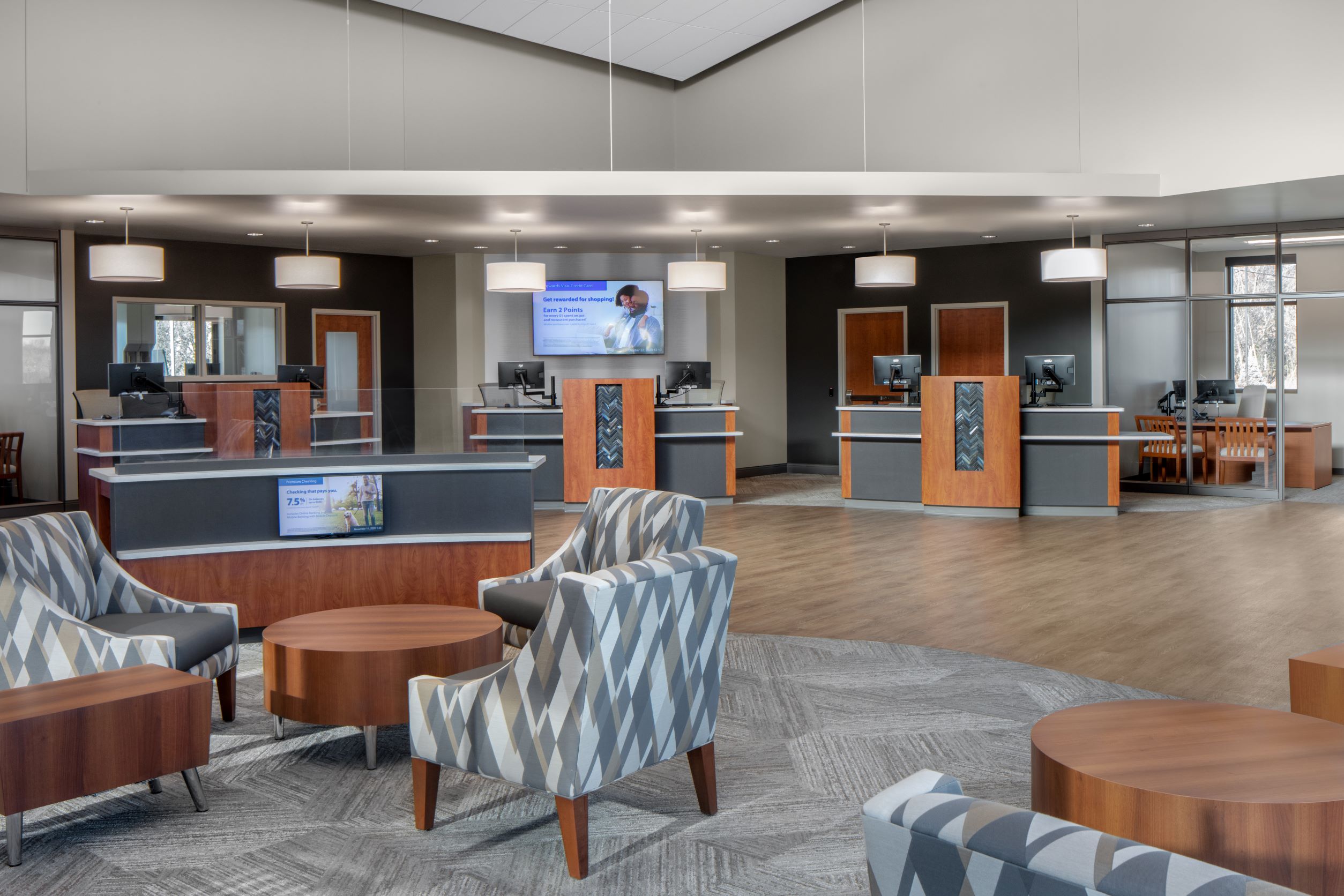 If you’re from southeastern Wisconsin, you’ve probably heard the name Landmark Credit Union. About five years ago, this credit union took a bold approach that would sustain long-term growth, and it included asking La Macchia Group to develop a prototype design that could be seamlessly integrated into its growing network.

So how does a credit union build such a prominent presence? It began in 1985 when the institution officially became known as Landmark Credit Union. As its assets grew, the leadership team knew its physical presence needed consistency to raise brand awareness and retain brand power while supporting new and long-time members. A thorough analysis revealed that branches were needed in key areas of metro Milwaukee; this resulted in the credit union’s purchase of a site in a southwest suburb of Milwaukee known as Greenfield.

With every project comes unique challenges. For the La Macchia Group team, one hurdle quickly became the city and the limitations it placed on them and the client. Rather than seeing limits, La Macchia Group put its problem-solving skills to the test and looked for opportunities to position Landmark Credit Union’s new branch location for future success.

The primary goal for this well-known credit union was to achieve maximum visibility from major roads located near a highway. La Macchia Group’s architect worked carefully to flawlessly place the new building in a way that was not only compliant with the city but satisfying for the client. The team provided extensive site renderings that helped Landmark Credit Union understand what its visibility would look like from different angles to ultimately pick one that best fulfilled this goal.

Although it can be challenging to fit each site while still maintaining the credit union’s prototype look, a strong partnership and trust can make anything possible. Now, Landmark Credit Union has a beautiful new building settled in a large suburban area with staff ready to serve the surrounding community. 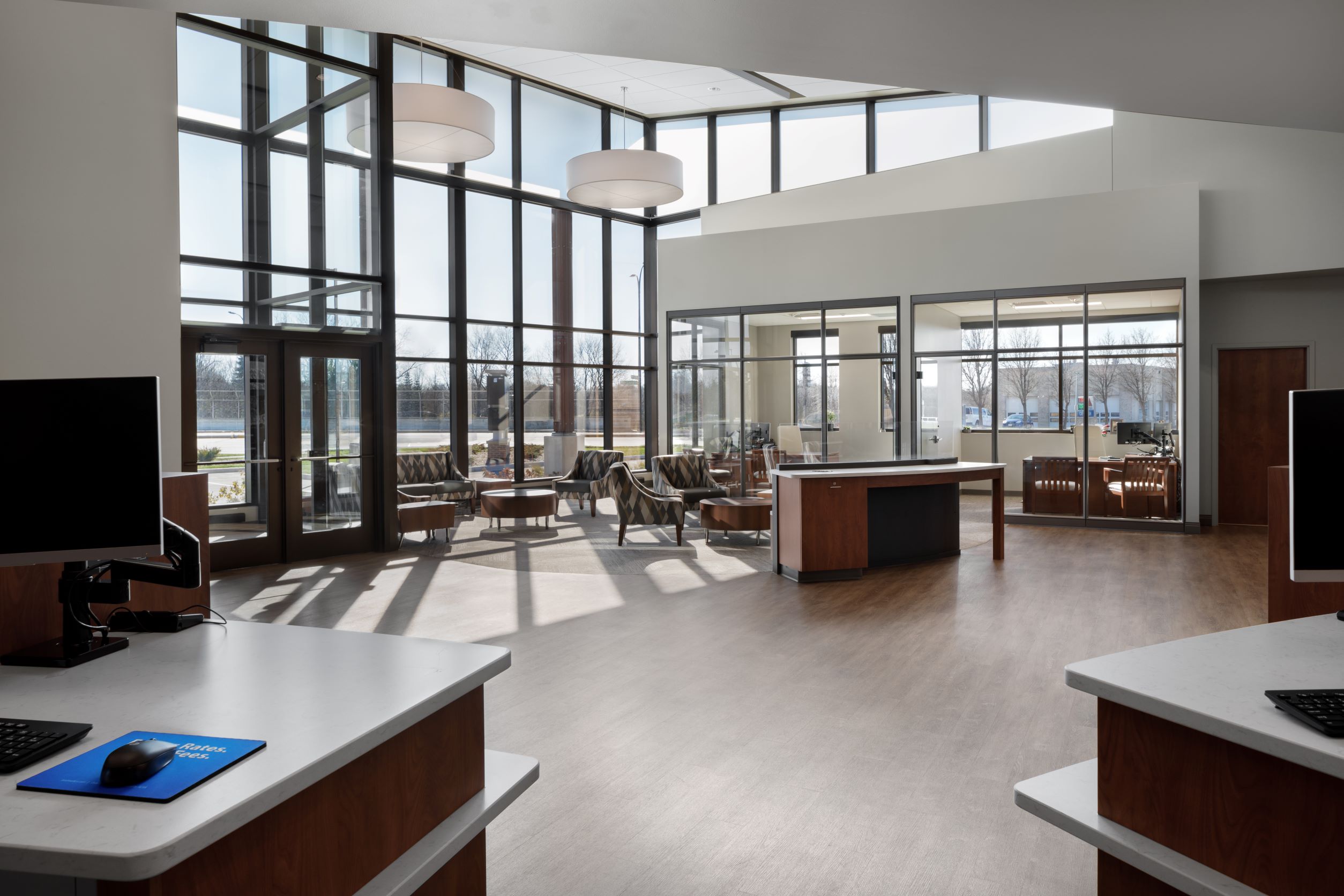 Showing above is a typical prototype layout for Landmark Credit Union. 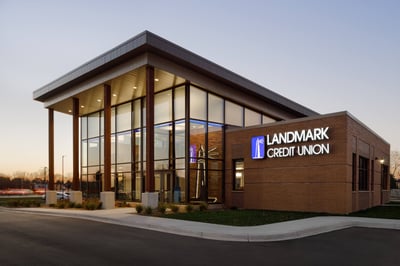 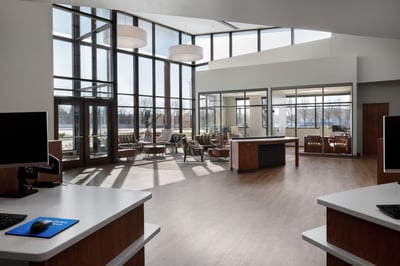 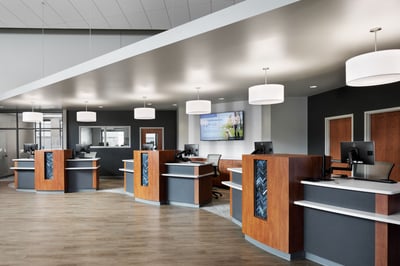 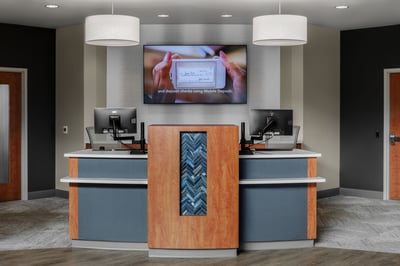 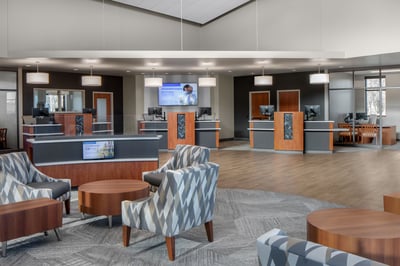 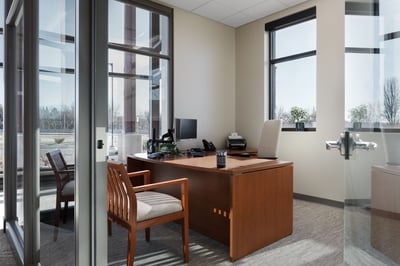 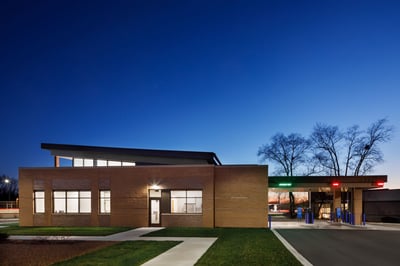