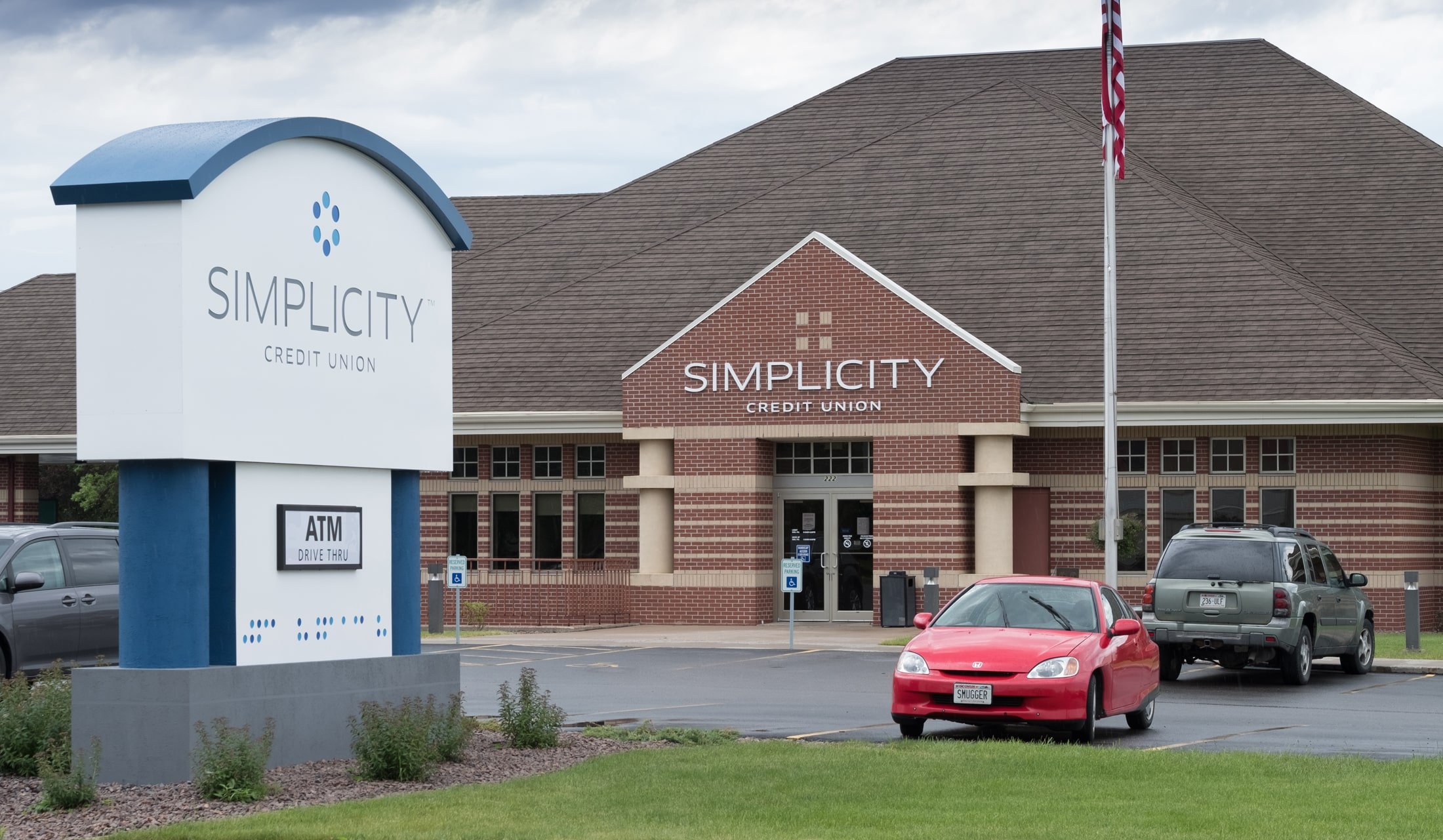 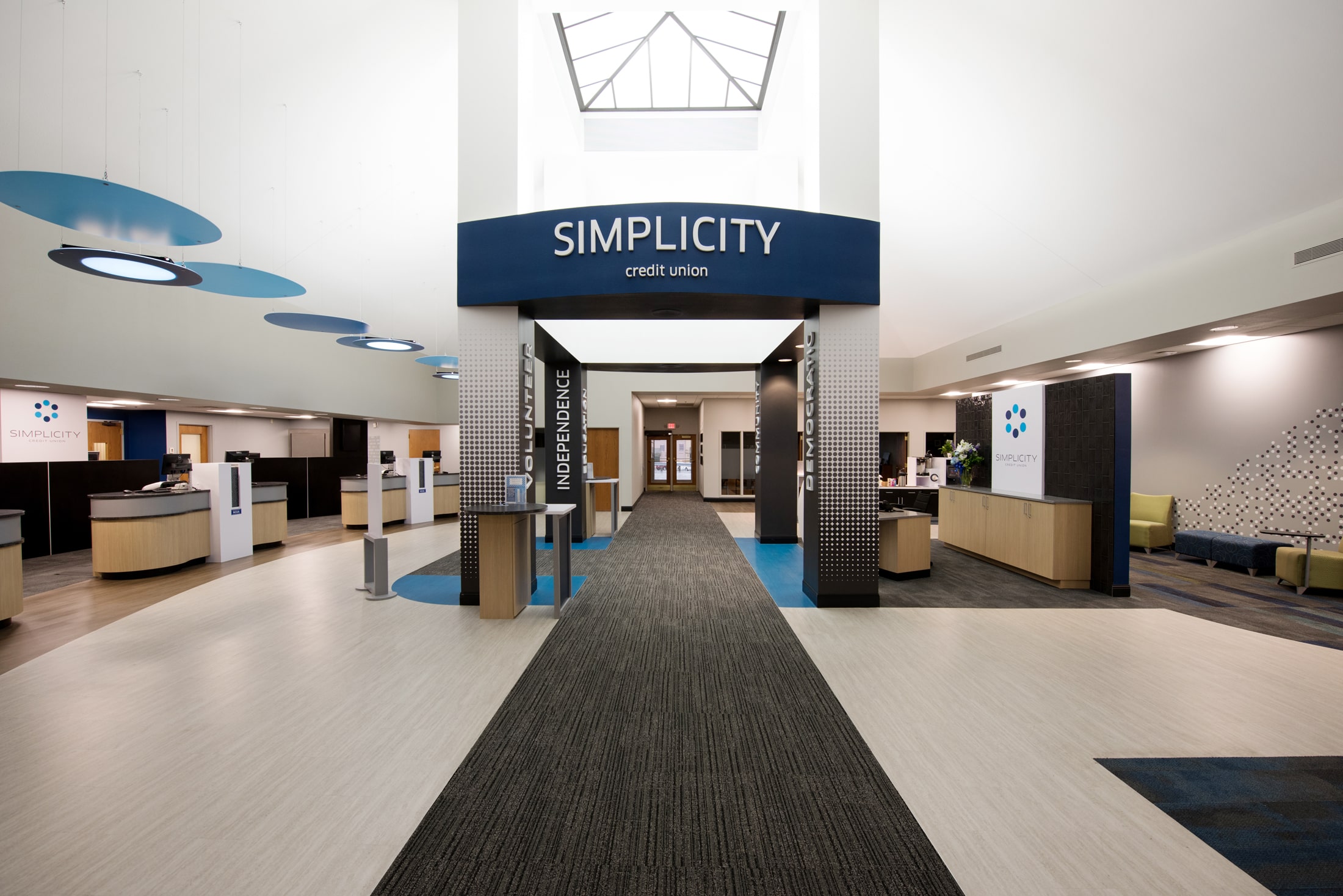 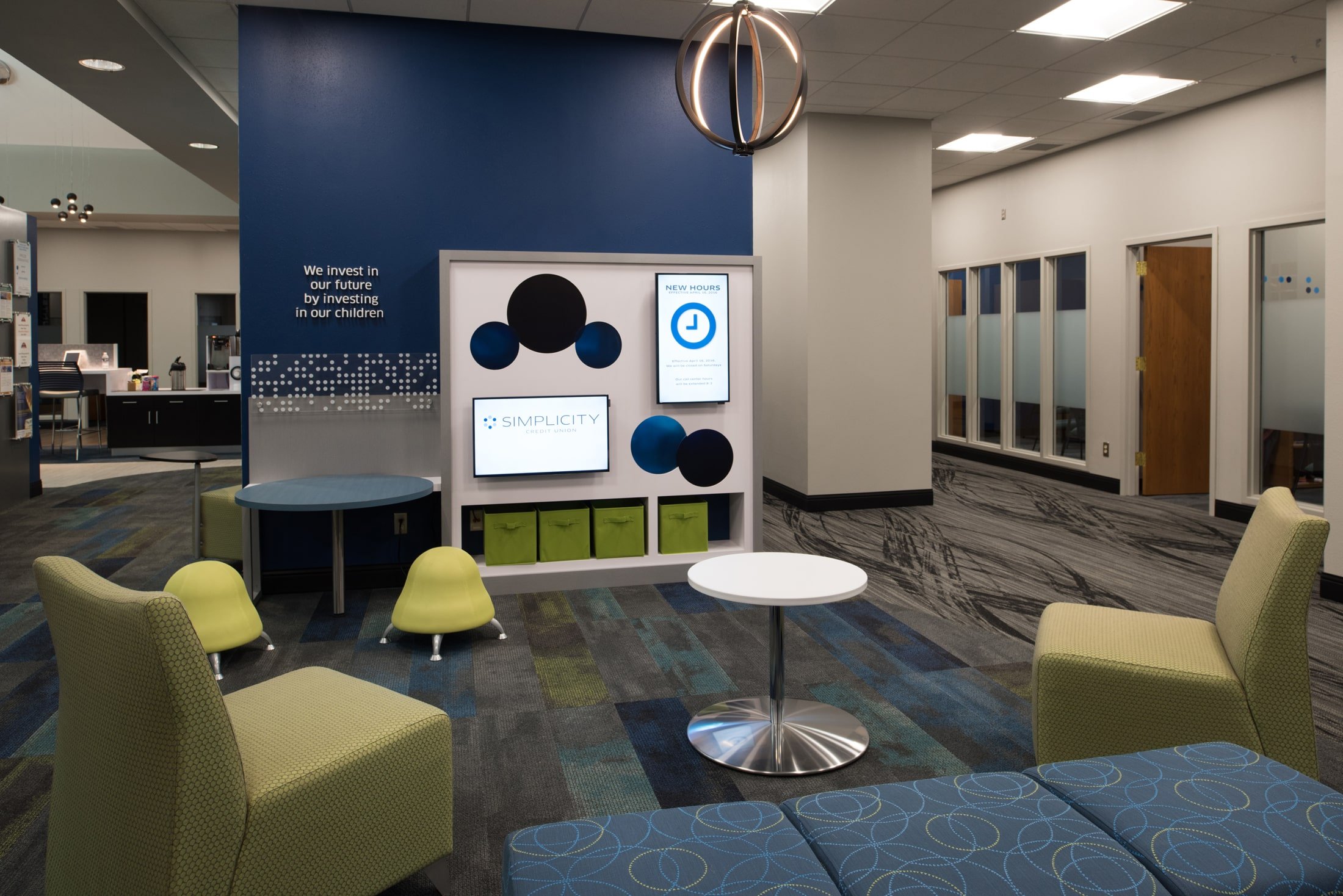 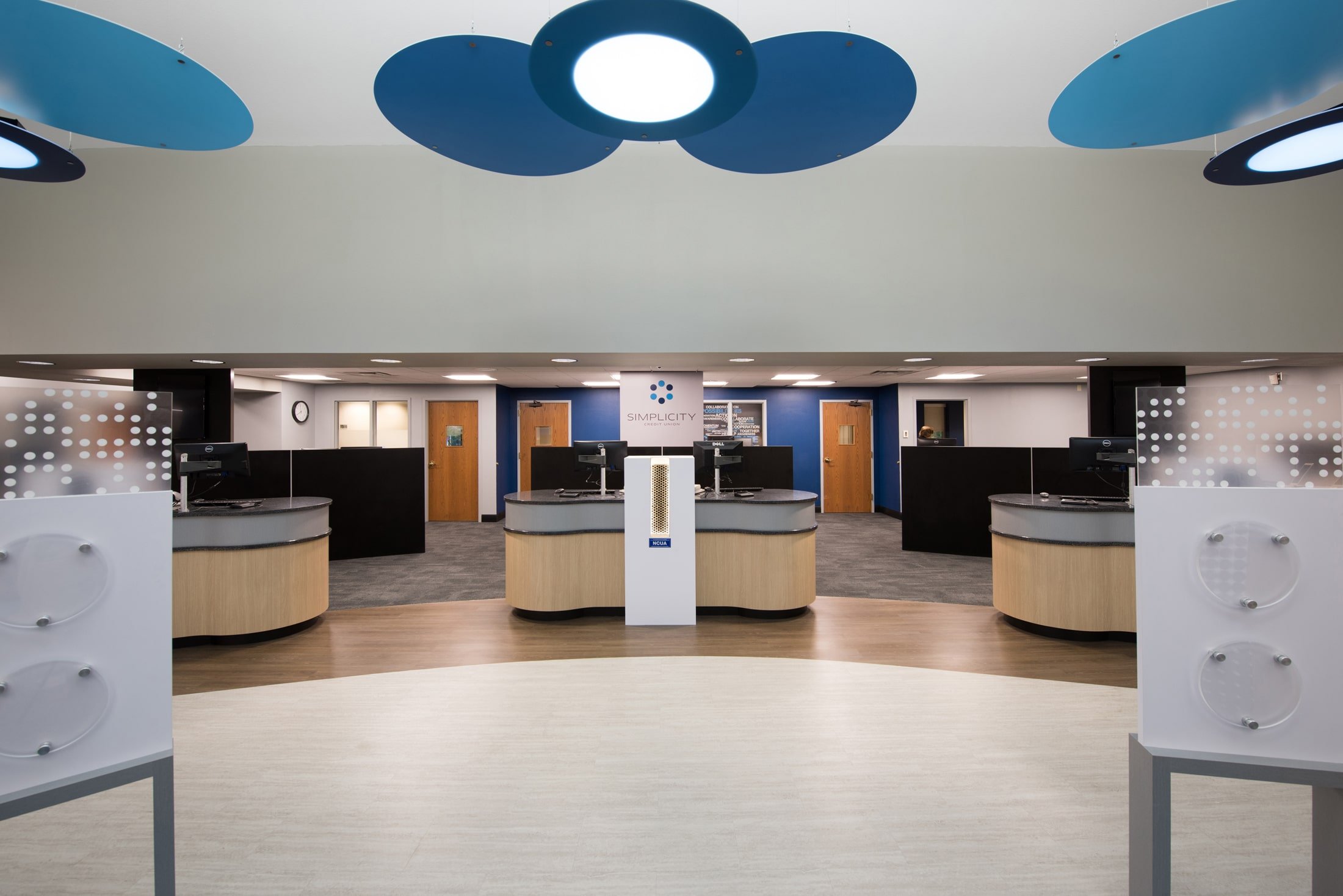 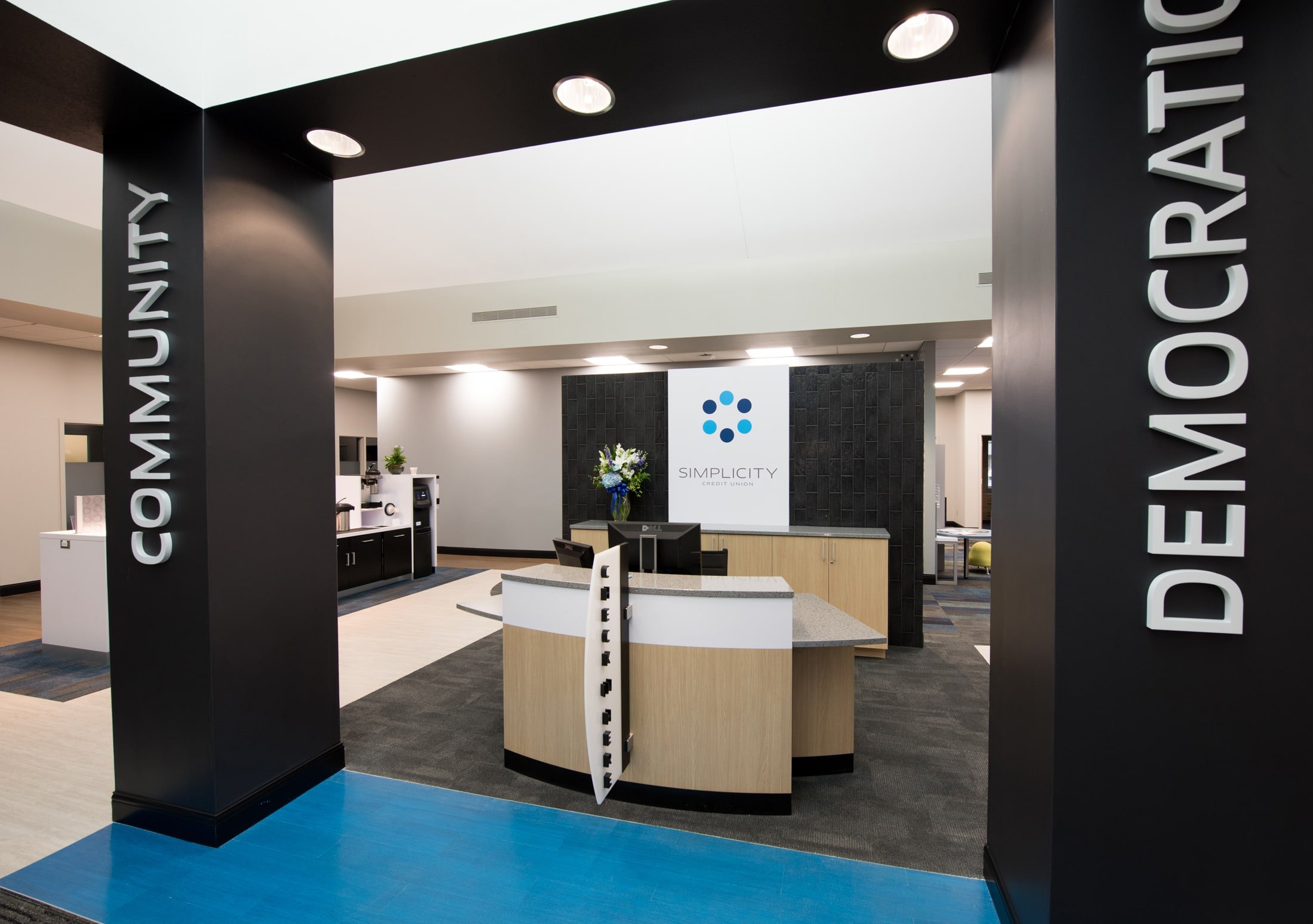 Queuing was an important feature to the space planning that was accomplished by incorporating strategically placed flooring materials and installing marketing kiosks throughout the space. The traditional teller line was eliminated in the new design to allow for the use of modern teller pods, which complement the new branded identity of Simplicity. Adding to the branded environment, La Macchia Group refaced the center column of the branch to include the seven facets that encompass the new brand. An iPad station and coffee bar were installed including an updated area for children. 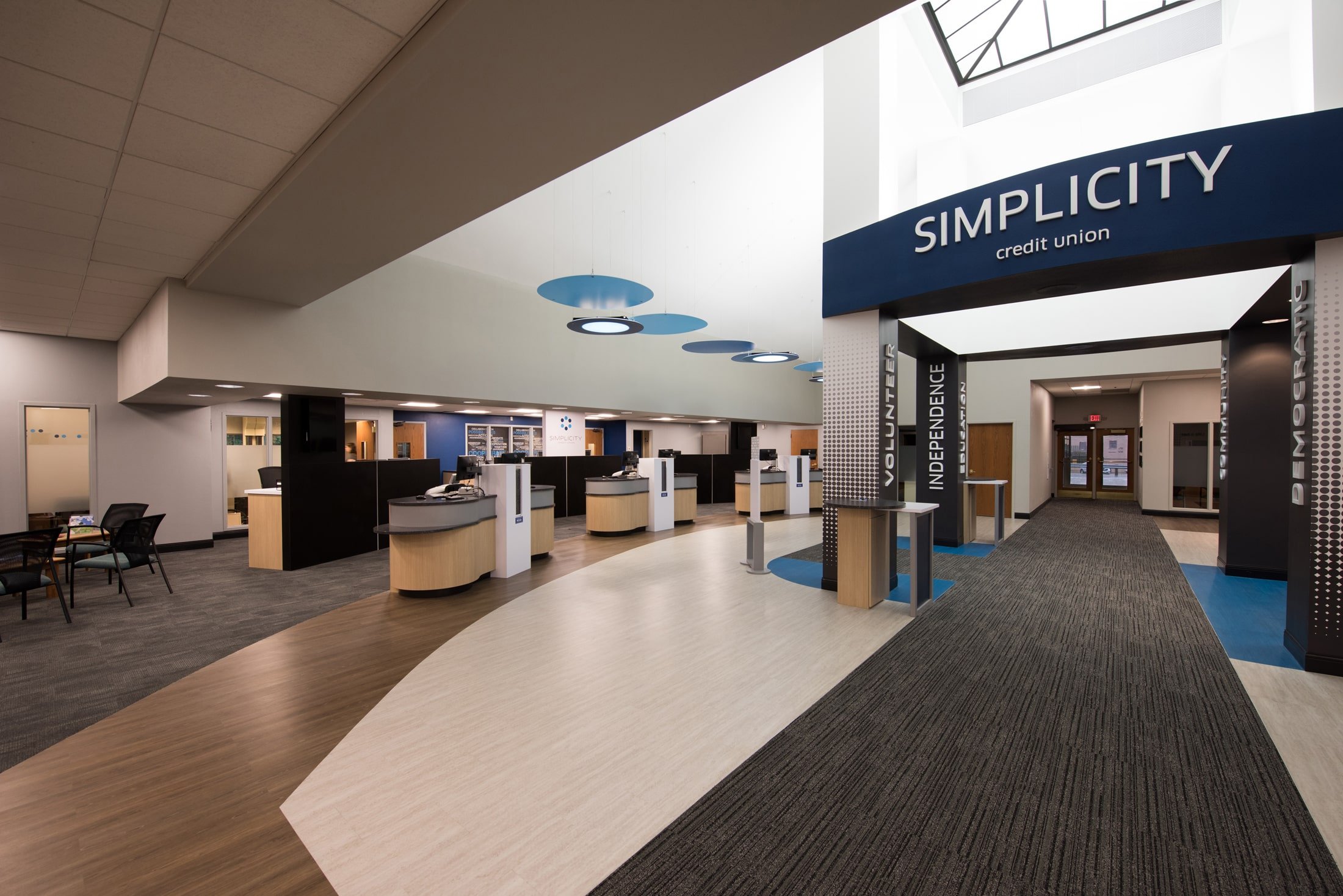 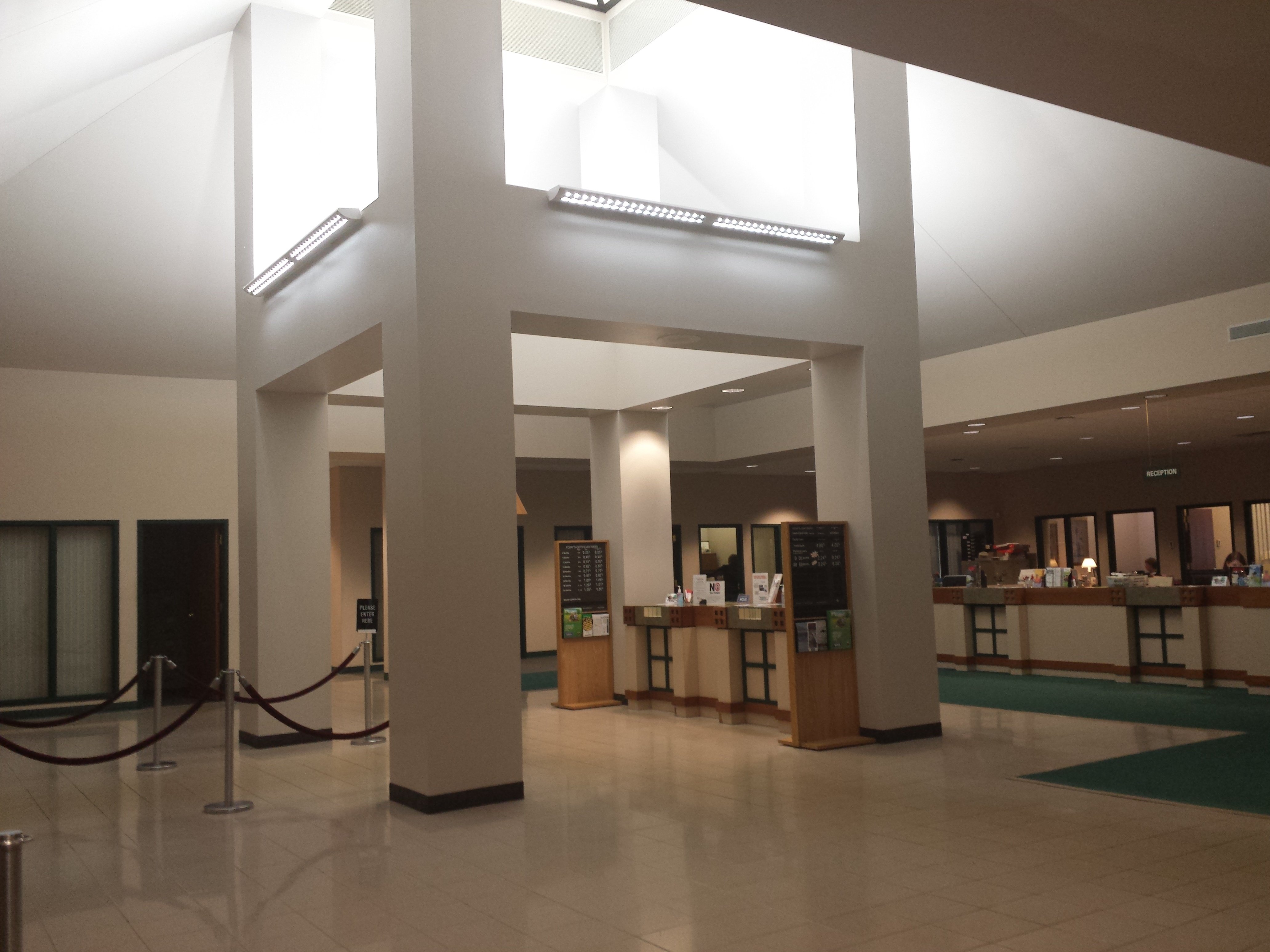 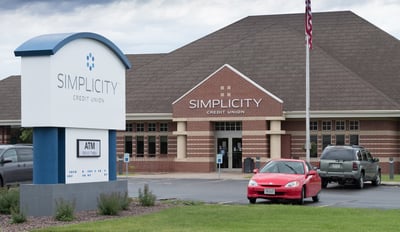 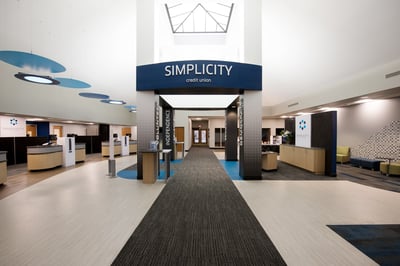 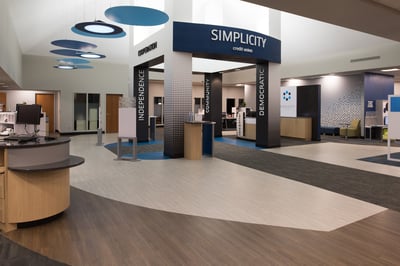 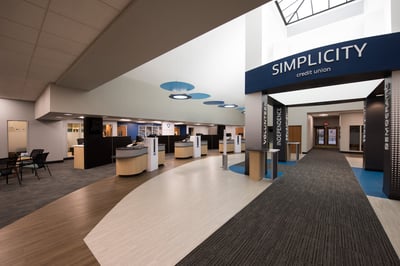 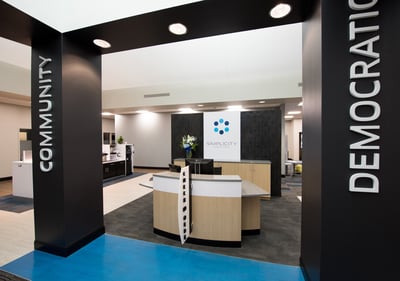 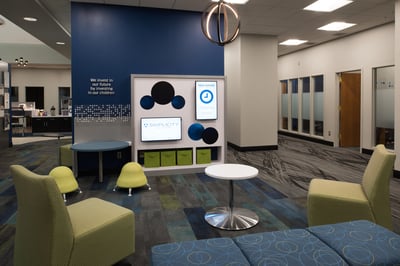 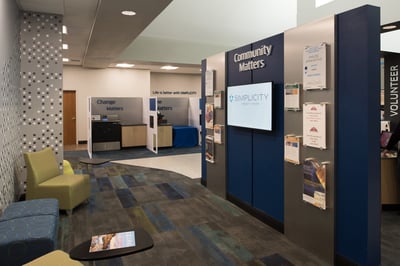 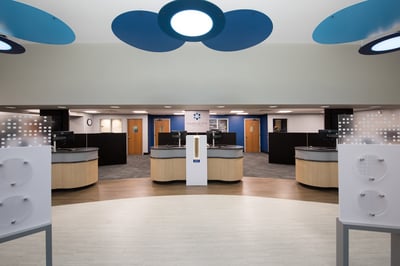 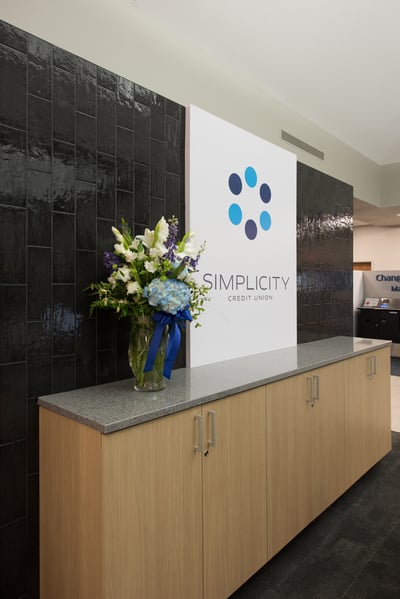 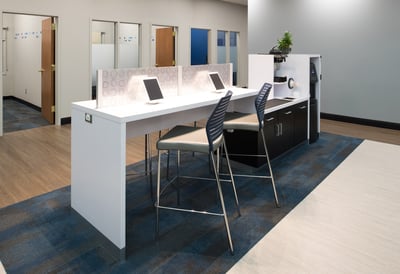 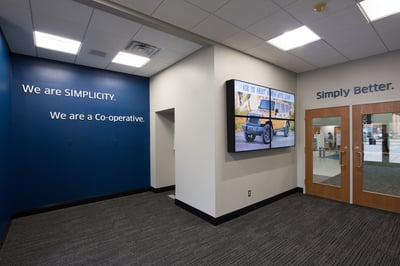 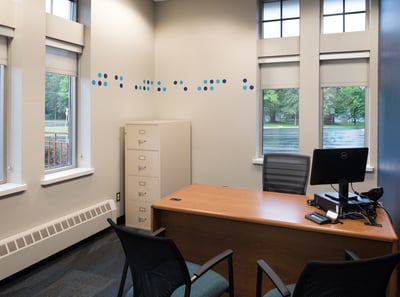 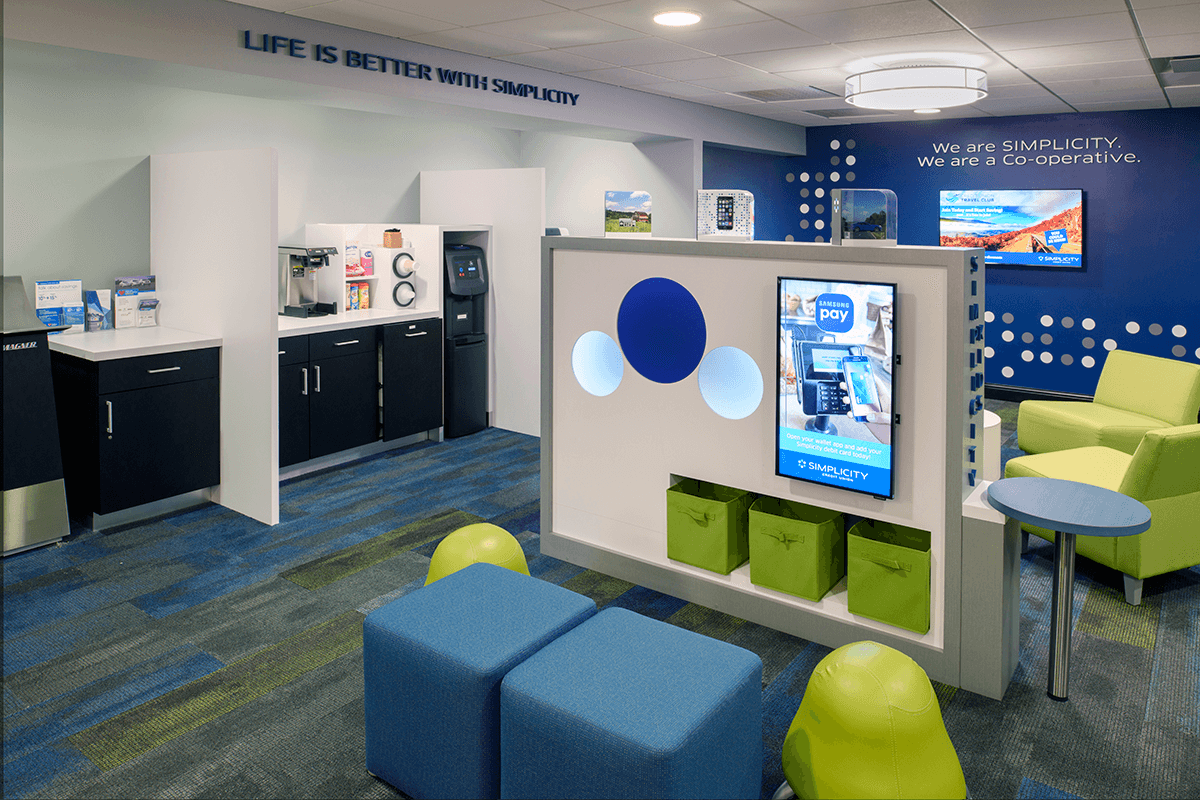 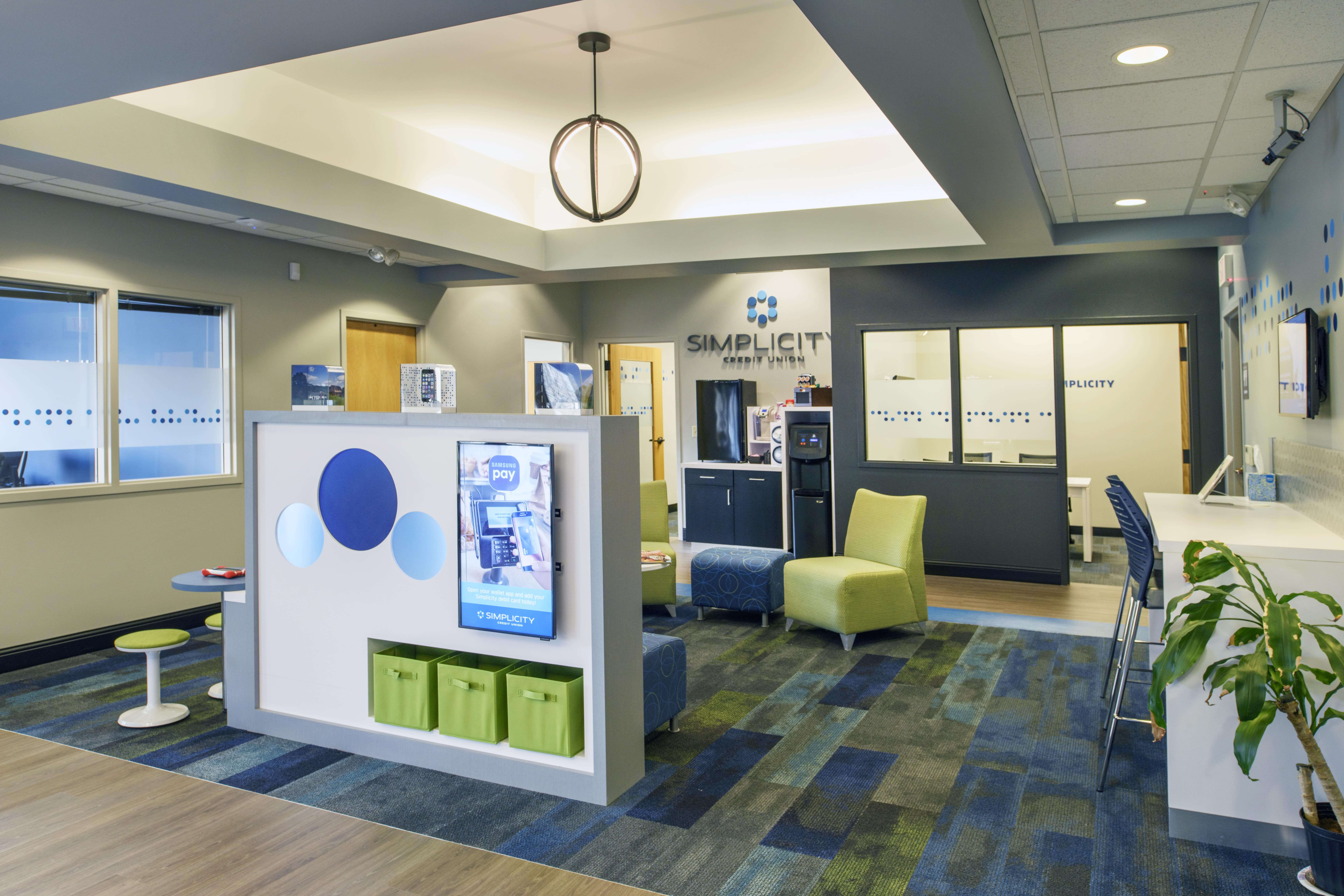 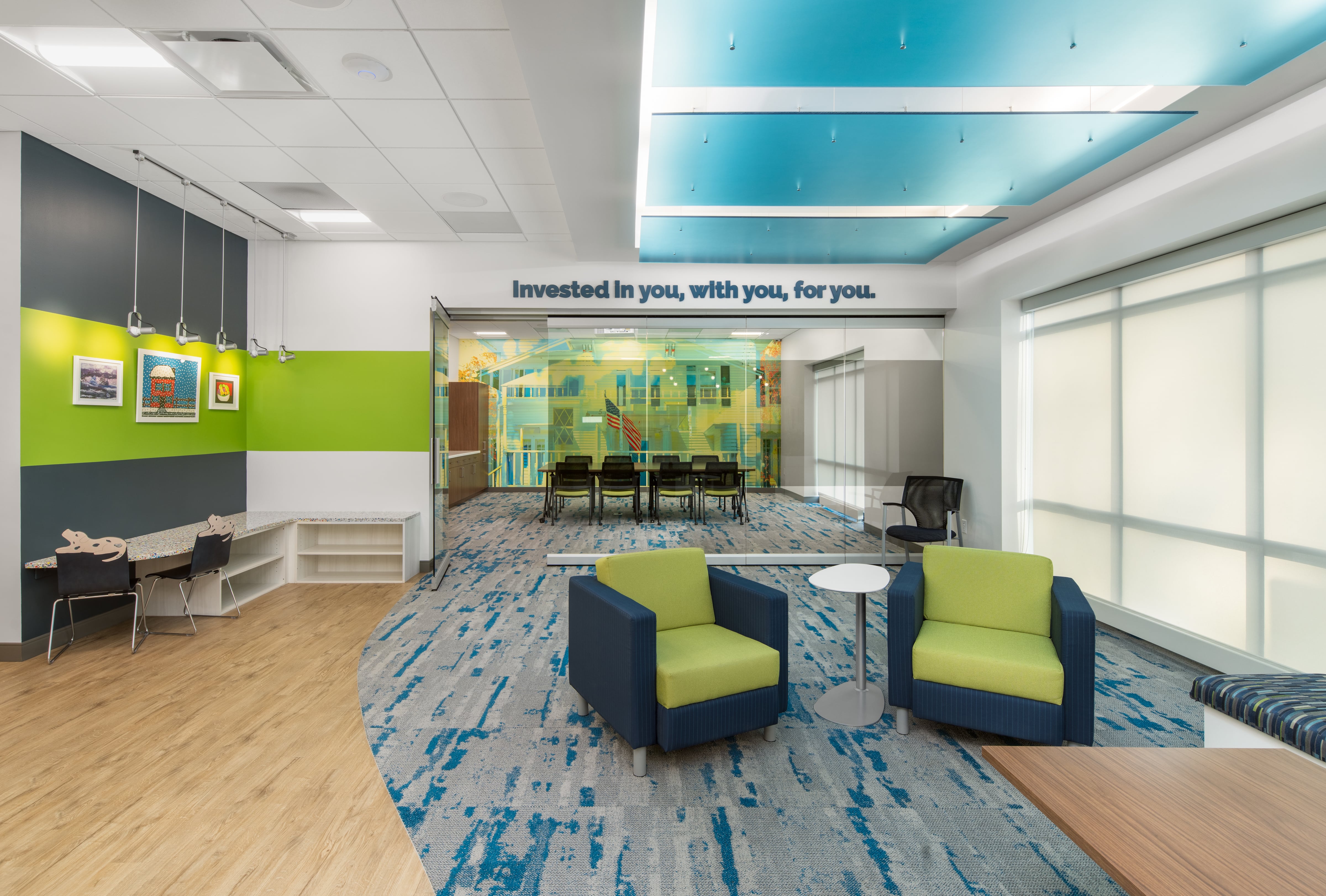