Deere Employees Credit Union was growing fast; however their current location wasn’t equipped to handle that growth. They had various departments working out of separate locations which wasn’t efficient for their operations. Deere’s main location was well liked and performing successfully so it was decided to remain at the location, but expand onto the building. This new addition would allow for departments to be under one roof and support their growth.

La Macchia Group designed an addition that doubled the square footage of the facility and best utilized the area available. There were several design and engineering challenges by choosing to stay at their current location. The site was located on a very high water table and remediation had to occur to build the new addition. The site had to be reengineered to meet current stormwater and parking standards as well.

By doubling the square footage of the facility, this would bring all departments under one roof and allow the credit union to expand into offering new services. In conjunction with the addition, La Macchia Group also transformed the entire facility into a cohesive, branded design. The new branded facility now encapsulates the Deere Employees brand and creates an environment welcomed by staff, members and the community. One of the major design implementations was incorporating as much natural light as possible which all departments have available to them. 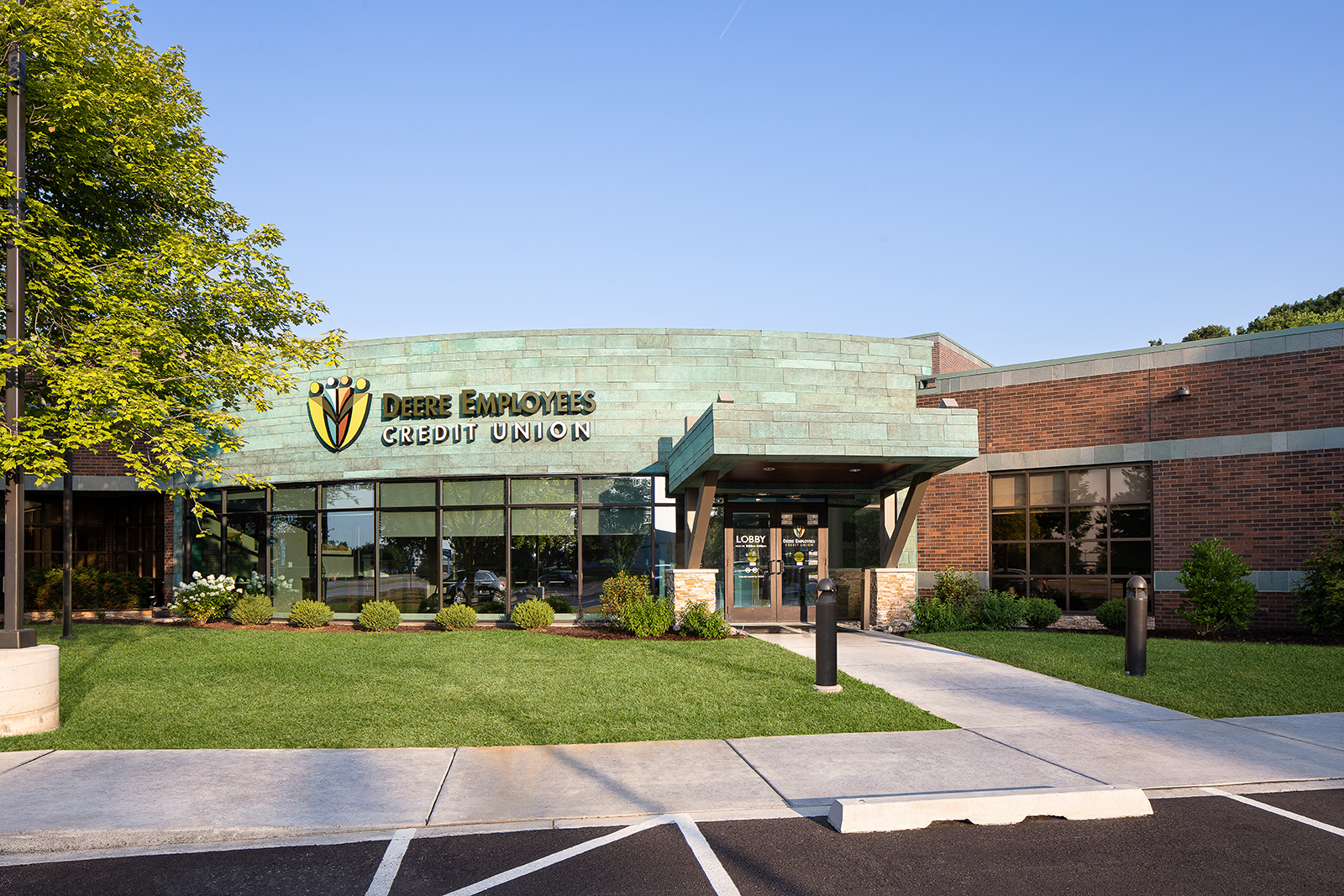 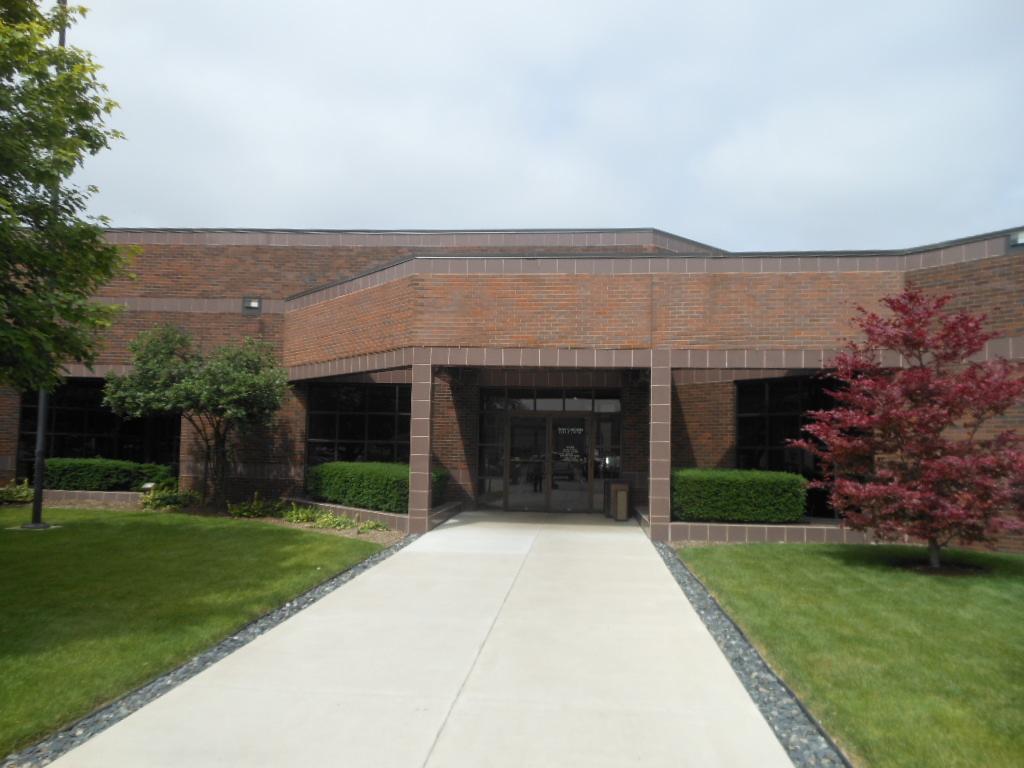 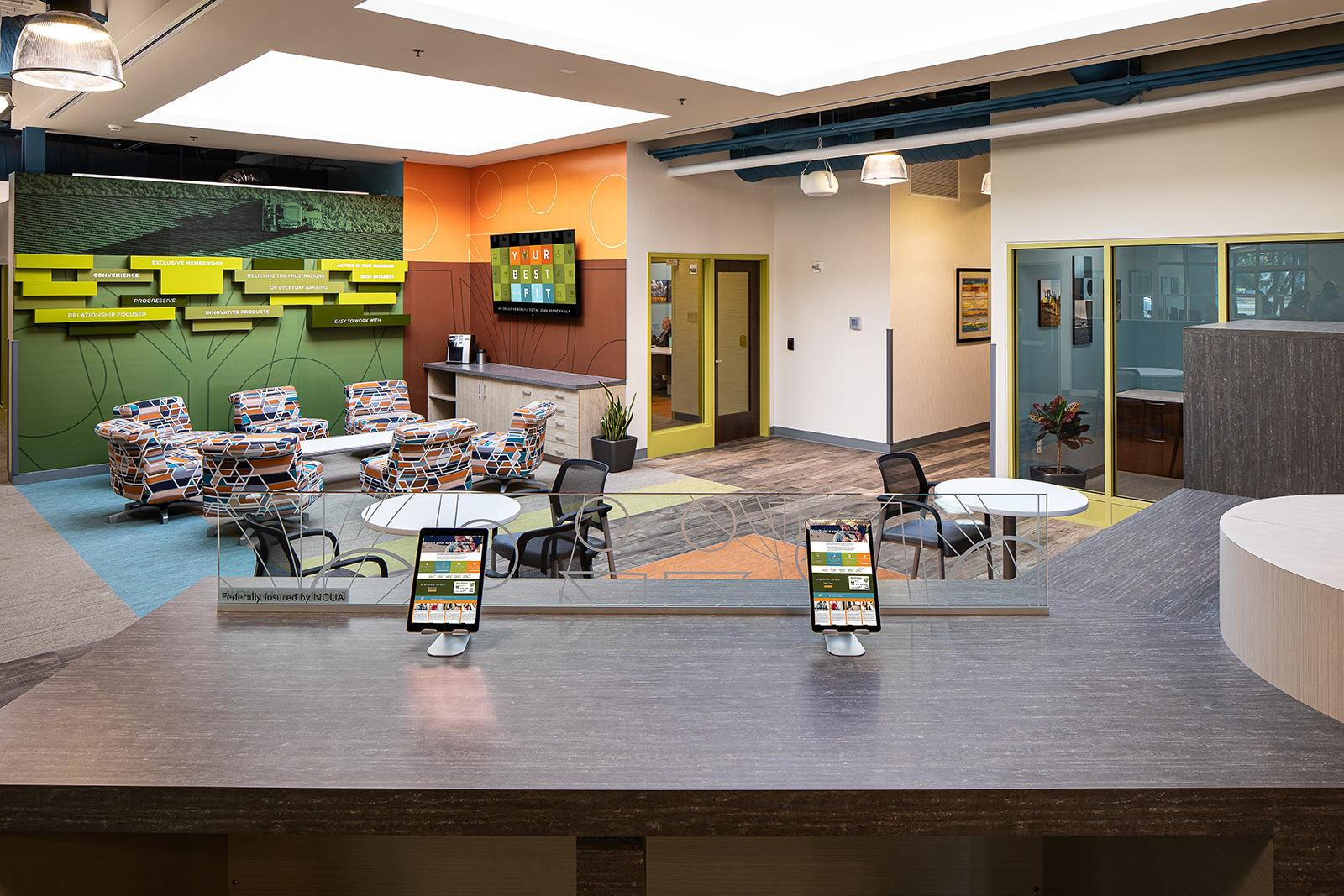 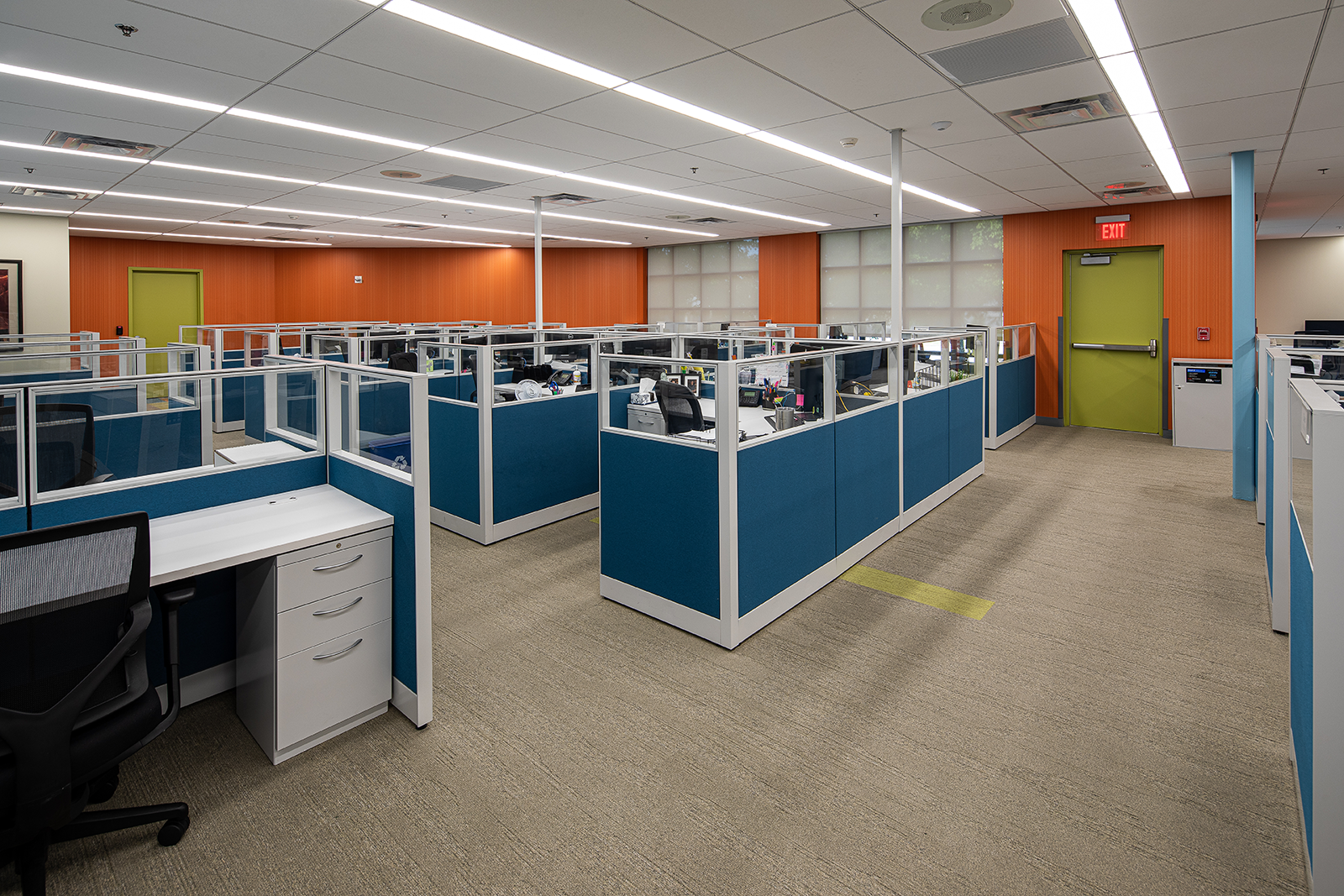 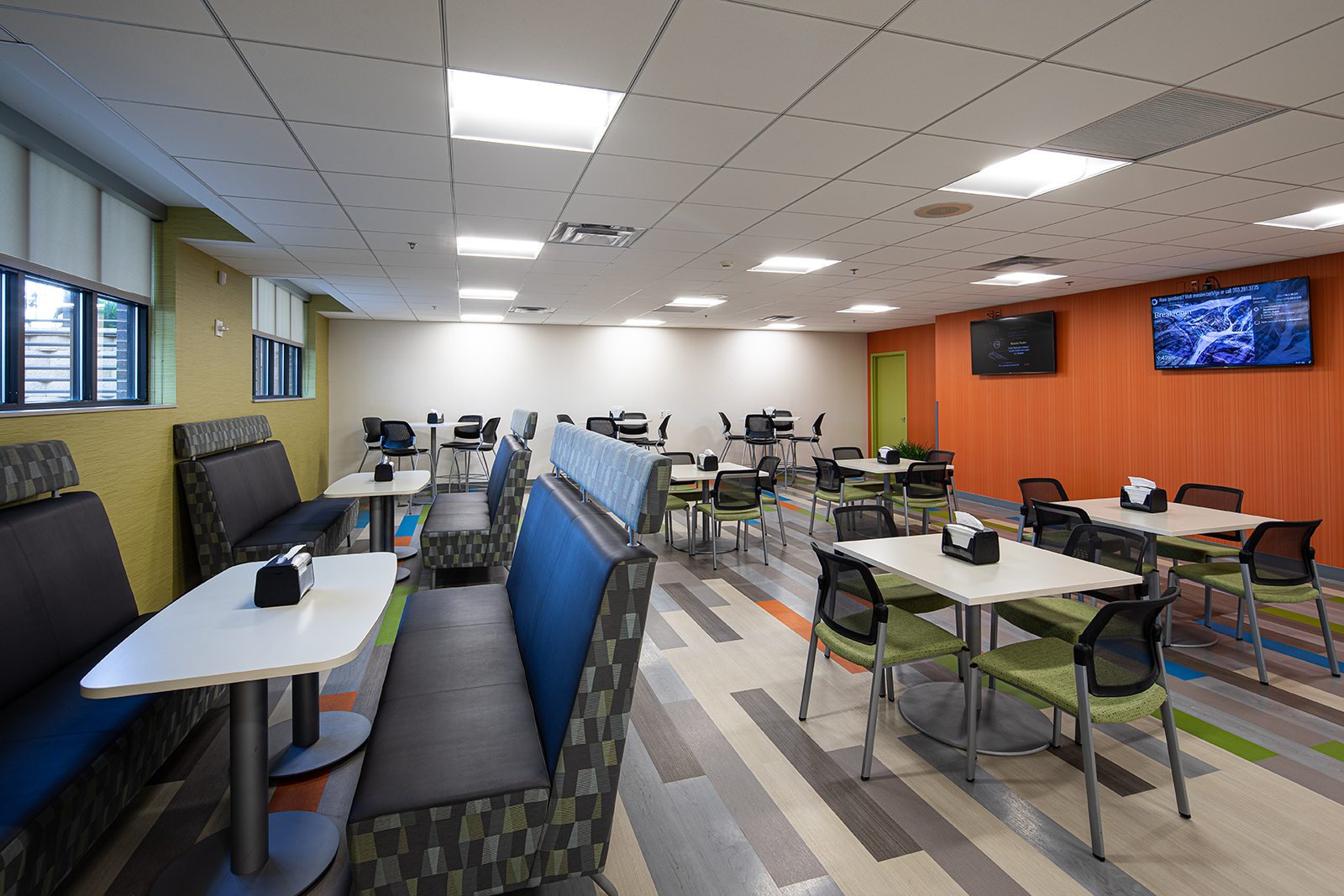 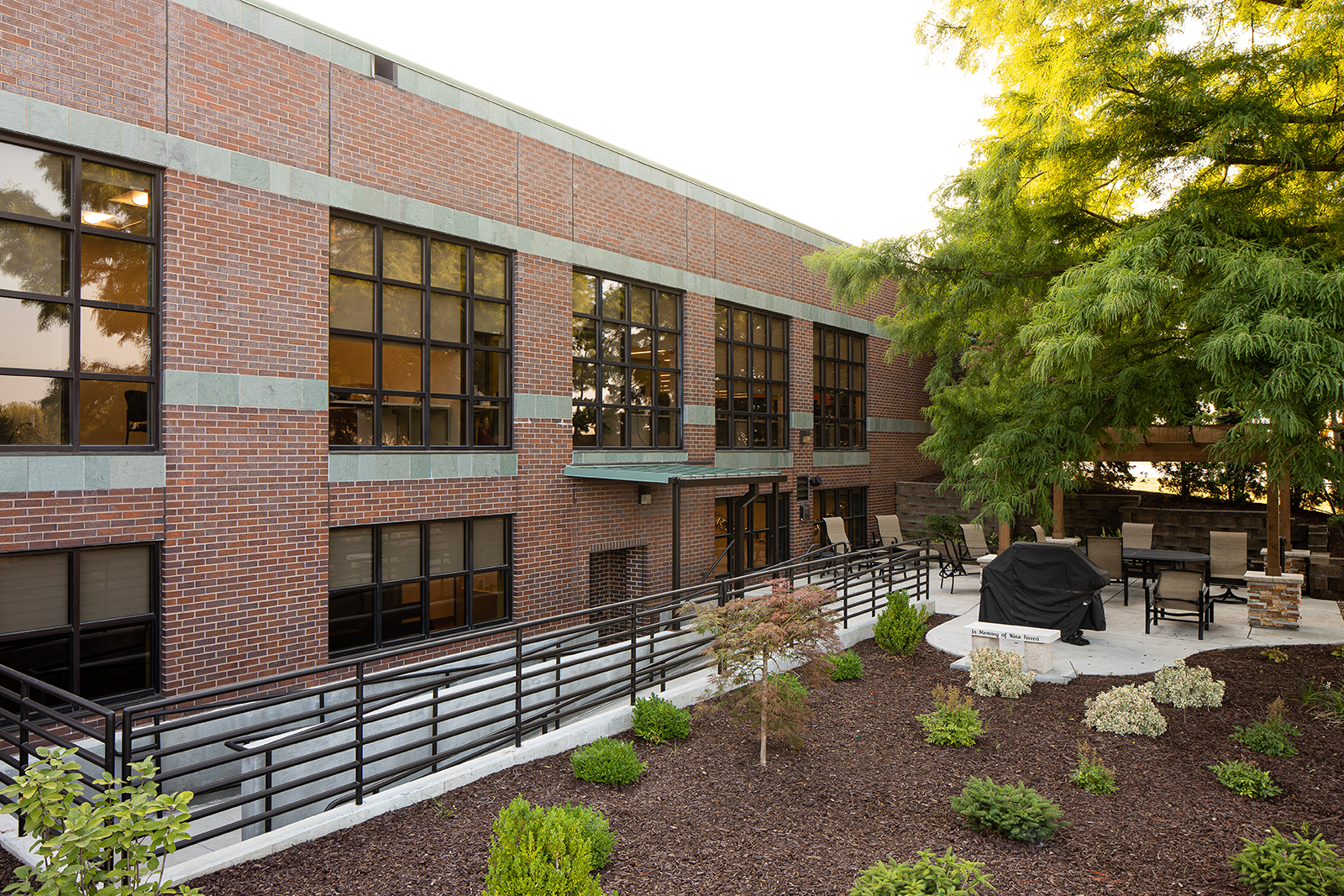