AUSTIN, MINNESOTA - Creating a brand is never an easy process. Designing a logo that represents a financial facility and resonates with the members adds to the challenge. Accentra Credit Union, a Minnesota based credit union, reached out to La Macchia Group to help them establish a new, modern brand with two major goals in mind:

1. To create a new logo that will resonate with their current members and hold meaning

2. To offer a modern, attractive, and approachable look to target new markets

After La Macchia Group's thorough brand discovery phase, certain attributes were discovered that resonated strongest with Accentra's target audience. These attributes included a logo that represented TRUST, FRIENDSHIP, and PARTNERSHIP; could stand alone and hold meaning with the audience; and would embody a fresh, relevant, simple feel. 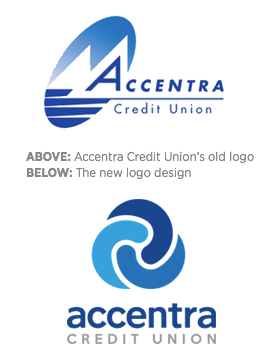 The new logo that was ultimately selected resembles the concept of a knot consisting of three pieces to represent three specific traits: friendliness, trustworthiness, and partnership.

The simple, but bold design of the logo is memorable and differentiates Accentra Credit Union from its competition. The three pieces are also designed to resemble a lower case 'a'. The fonts selected complement the design of the logomark through its simple, bold, friendly and approachable fee.

Accentra Credit Union launched their new brand on June 15, 2016 and can be seen on its website at: www.accentracu.org

Branding
FEATURED in CUToday: It's All About the Experience

MILWAUKEE, WISCONSIN --  When it comes to design and build decisions for 2019, credit unions will...