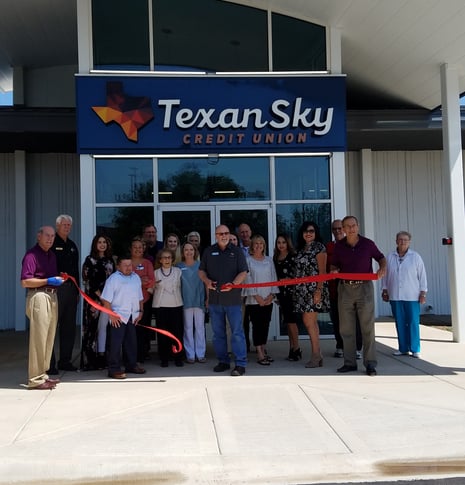 Texan Sky Credit Union engaged with La Macchia Group to perform a Strategic Market Analysis to identify new opportunities to increase wallet capture amongst existing membership and new growth opportunities in their existing markets. Results of the analysis concluded that to stay competitive in their market, their best move would be to create a new brand identity that would resonate with their current membership as well as draw in new members. To accommodate for their future growth needs, it was also recommended to relocate to a larger building which Texan Sky already owned. This opportunity would allow them the additional space they needed as well as keep controlled costs of their project.

The Credit Union worked directly with La Macchia Group’s Branding Services team to develop a new brand identity. A new name, Texan Sky Credit Union, was ultimately chosen and would be the roadmap for the design of the new branch. La Macchia Group analyzed the footprint of the building that would soon be home to Texan Sky’s new branch and crafted a design that would bring to life the new brand.

The new branch features an open concept floor plan with featured zones to give the space a retail atmosphere. Upon entering the new lobby, members are greeted by staff at the welcome station who can assist them within the space.

A large member lounge was implemented in the design to increase member dwell time as well as offer space for additional meeting spaces for staff and members. Behind the welcome desk, members can enjoy a cup of coffee and other refreshments at the Texan Sky Café.

The Credit Union also decided to deploy Interactive Teller Machines (ITM) within the branch. One ITM is located within the vestibule for members to access who are looking to perform a quick transactions and to help service members during peak business hours. Additionally, two ITMs were installed across the street from the branch. These new units enable Texan Sky to extend business hours in the drive-thru and allow them to expand their presence to service members through all financial transactions.

The color palette of the new brand which now features warm, inviting colors that resemble the actual Texas sky, were strategically implemented in the space. From custom digital wall and window graphics to the use of warm, wood accents, the Texan Sky Credit Union new branch is truly a branded environment. Every detail was hand selected to ensure that every element of the branch down to the lighting and door fixtures would emulate the new brand. 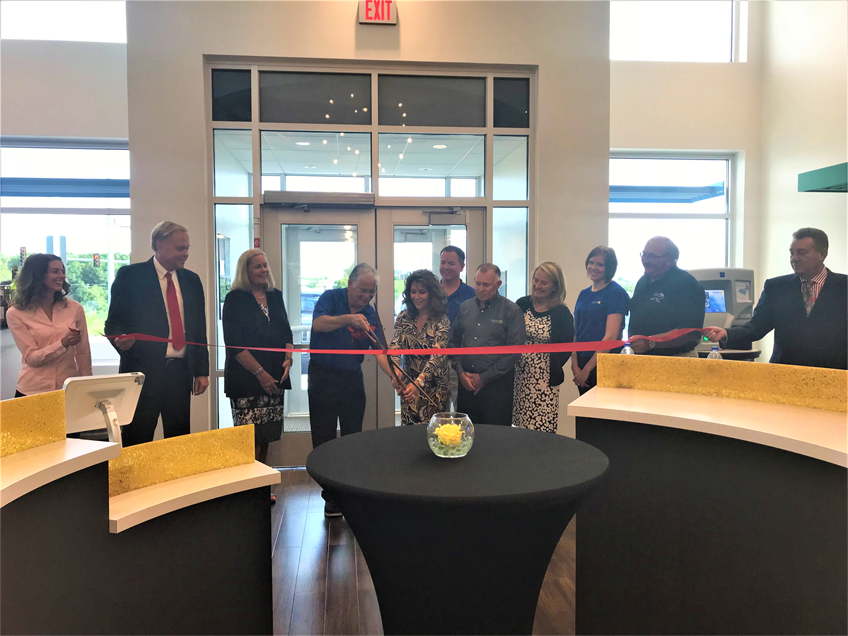