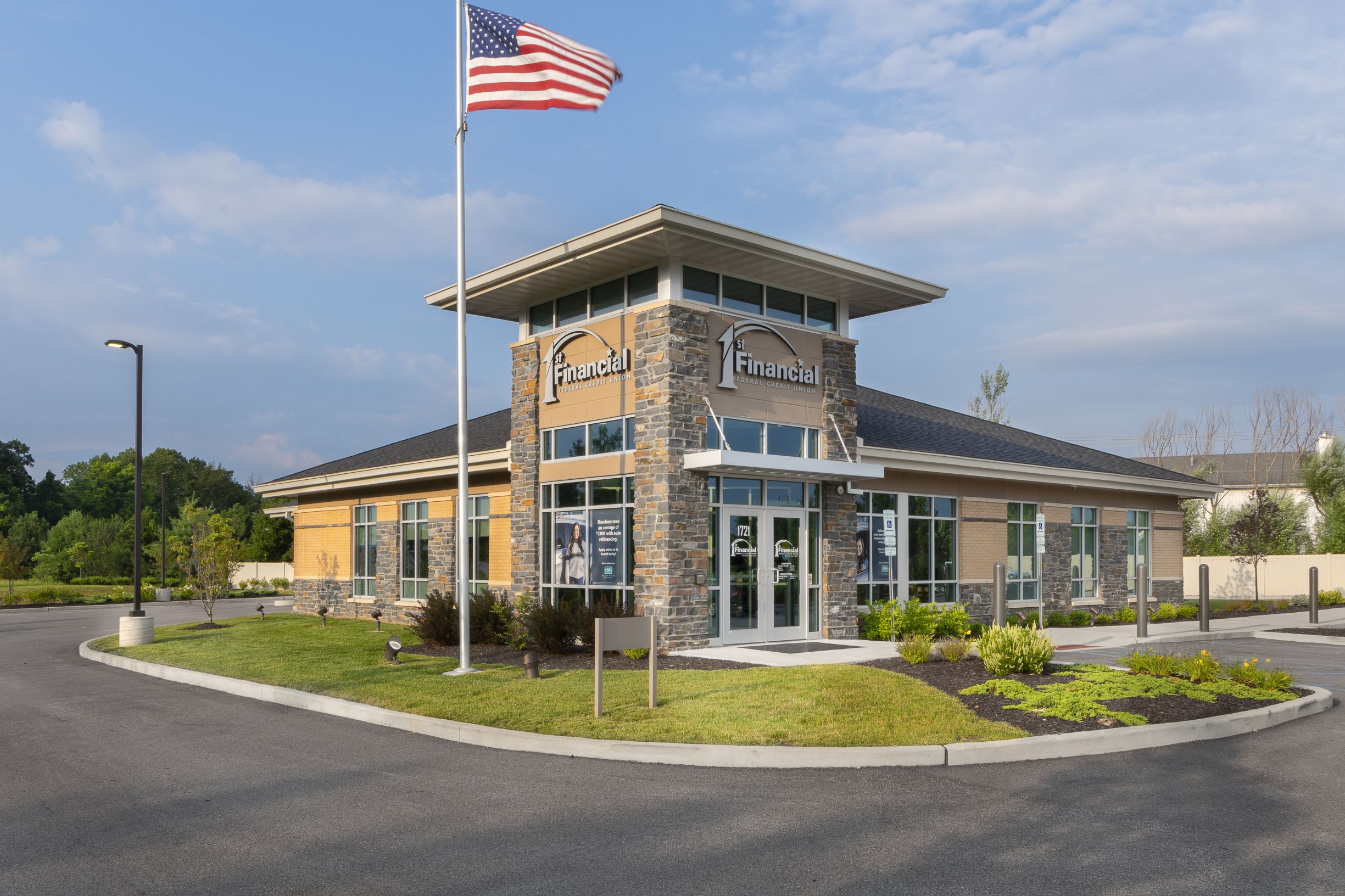 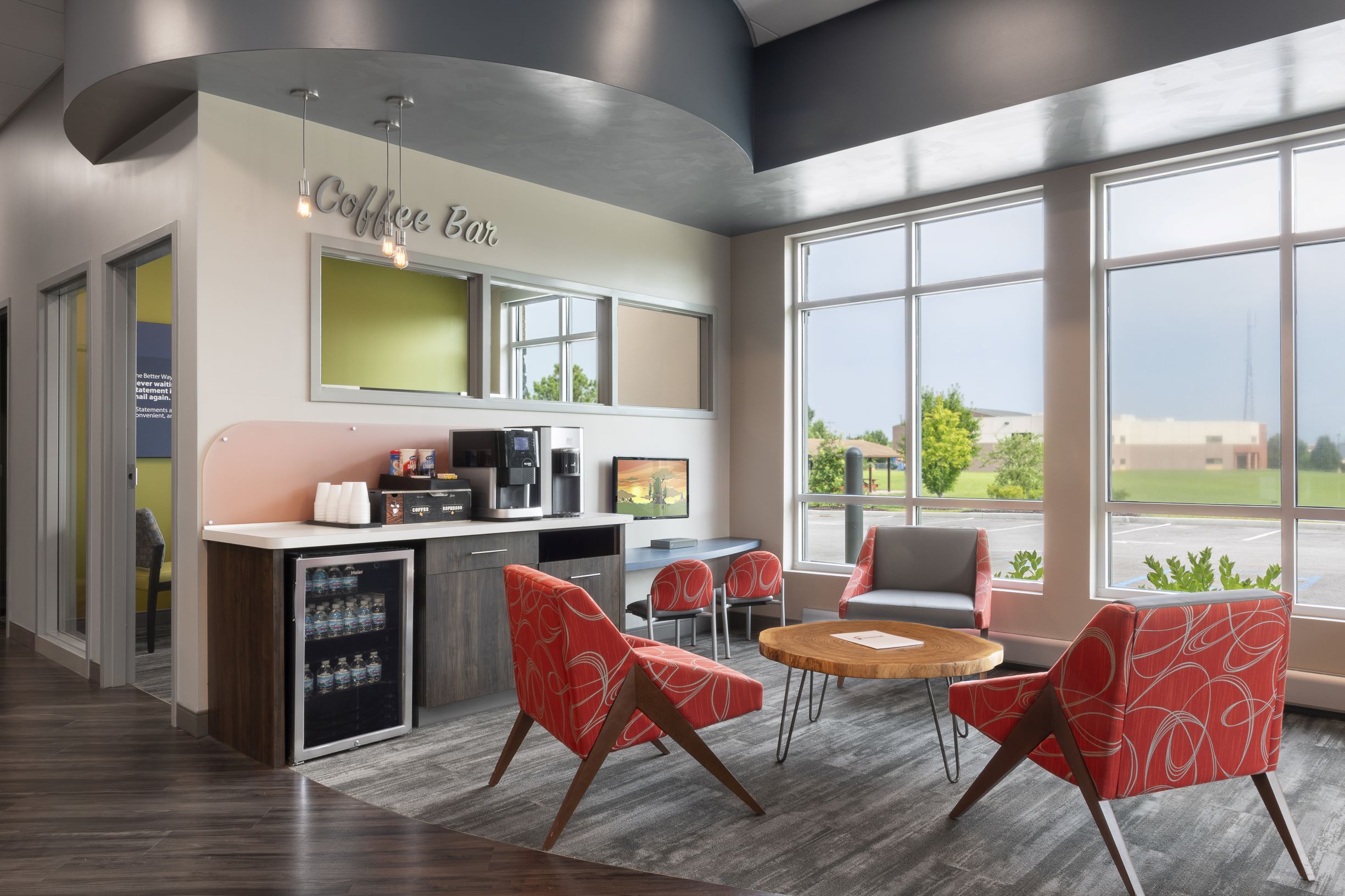 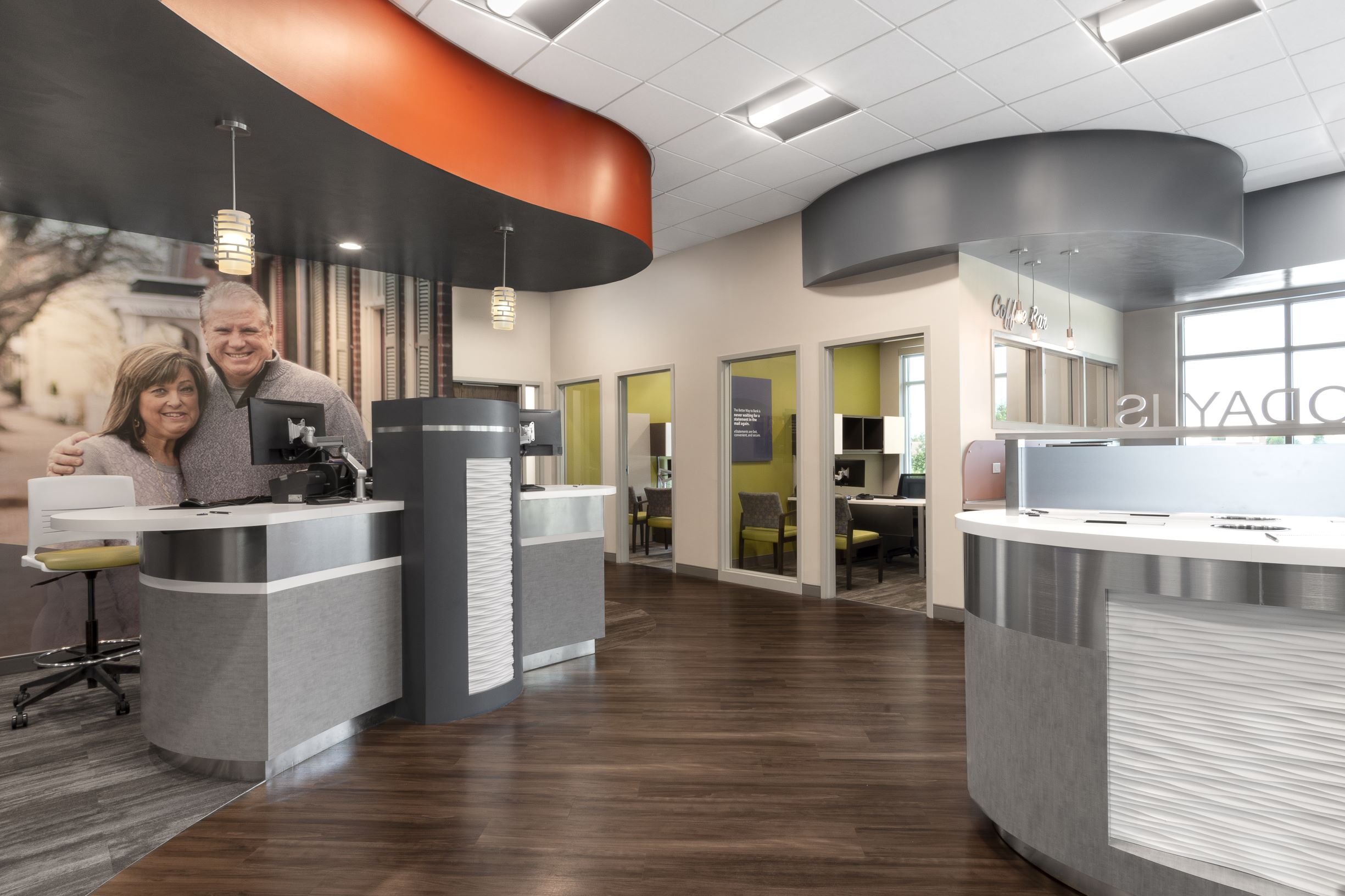 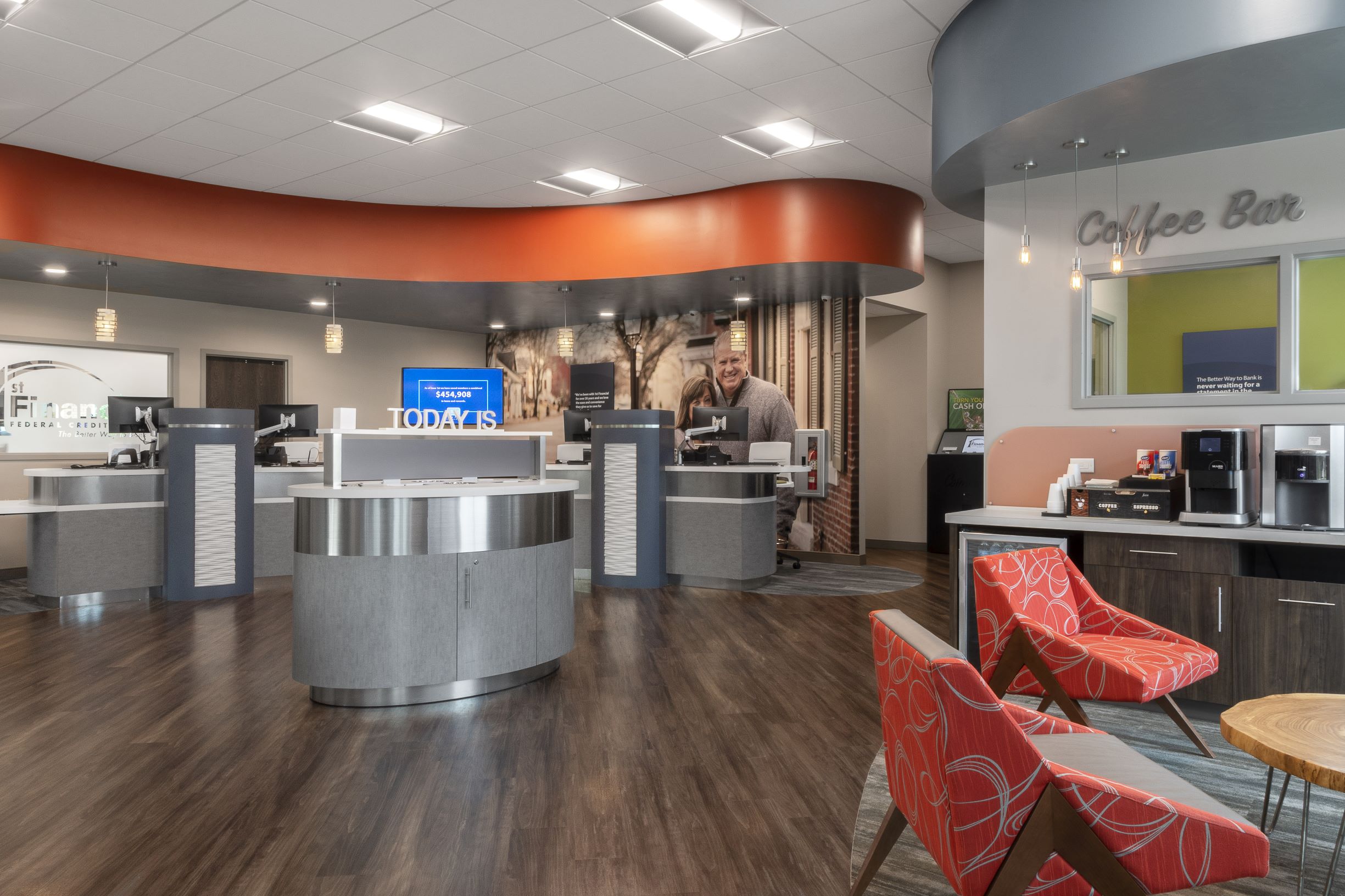 Alltru Credit Union (formerly 1st Financial Credit Union) was looking to expand its reach within a new community that was underserved but filled with opportunity. Its original facility did not provide that high visibility location or curb appeal to immerse its business into a broader market. After La Macchia Group completed a thorough strategic market analysis, it was clear the best re-location for the new branch would be in St. Charles, Missouri.

La Macchia group collectively worked together with Alltru Credit Union to assist in this major transition. Everything from market analysis and real estate procurement to architecture and construction management helped bring this new location to fruition. La Macchia Group worked diligently with Alltru Credit Union on its acquisition of a newly created site which was subdivided from a local church. La Macchia Group took on all aspects of site development from legal subdivision through planning and zoning which lies right up the alley of the financial design-builder.

One important goal for this branch was to have high visibility from the road. The La Macchia Group design team included a tower at the entrance that was easily viewed by those passing by. The design team also wanted to take advantage of the two prominent views of the building tower, increasing awareness of the credit union brand for members and non-members who may be seeking a new financial institution.

The Alltru Credit Union team is happily settled in a new building in a high-potential area that will support the growth of their credit union for many generations to come.

Members of Alltru Credit Union can enjoy coffee at the coffee bar while being waited on. 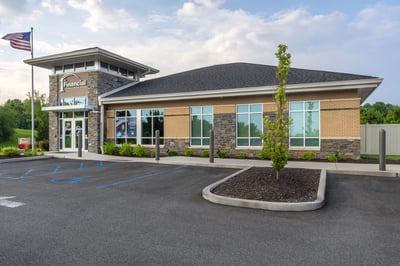 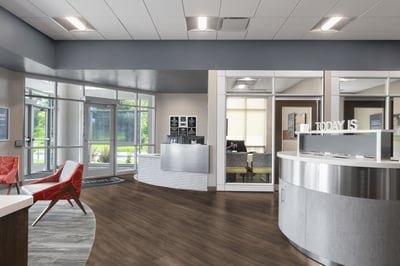 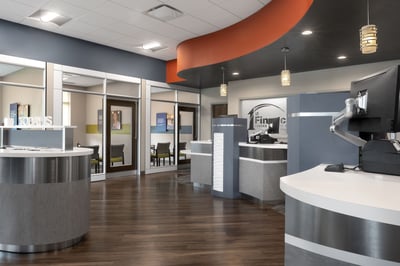 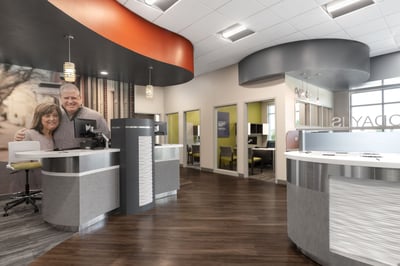 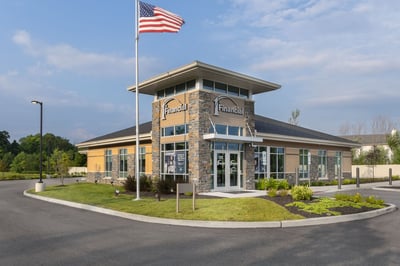 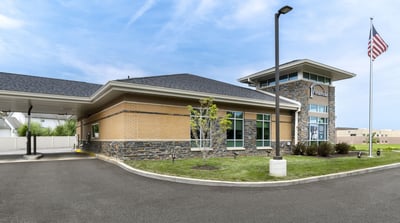 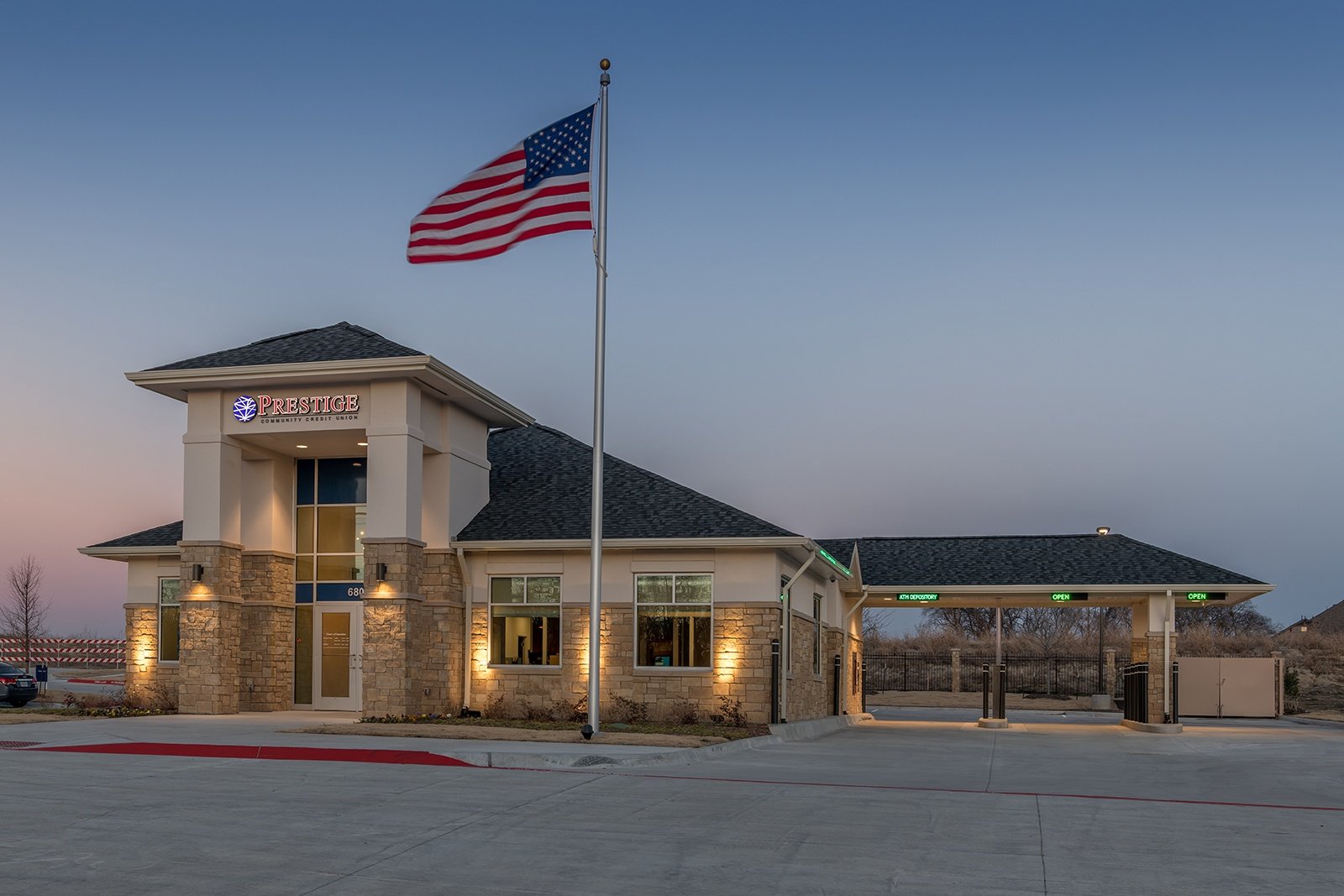 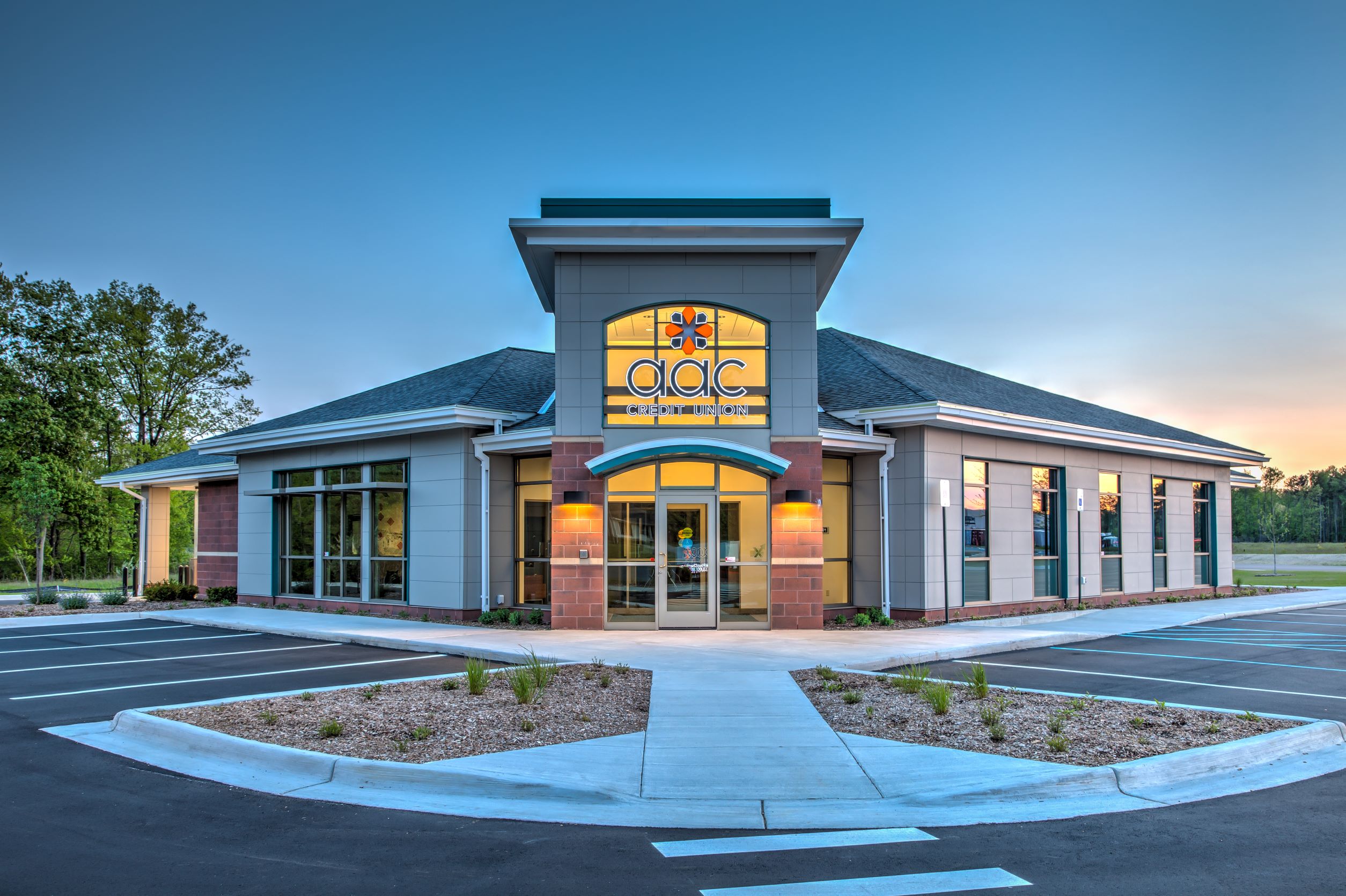 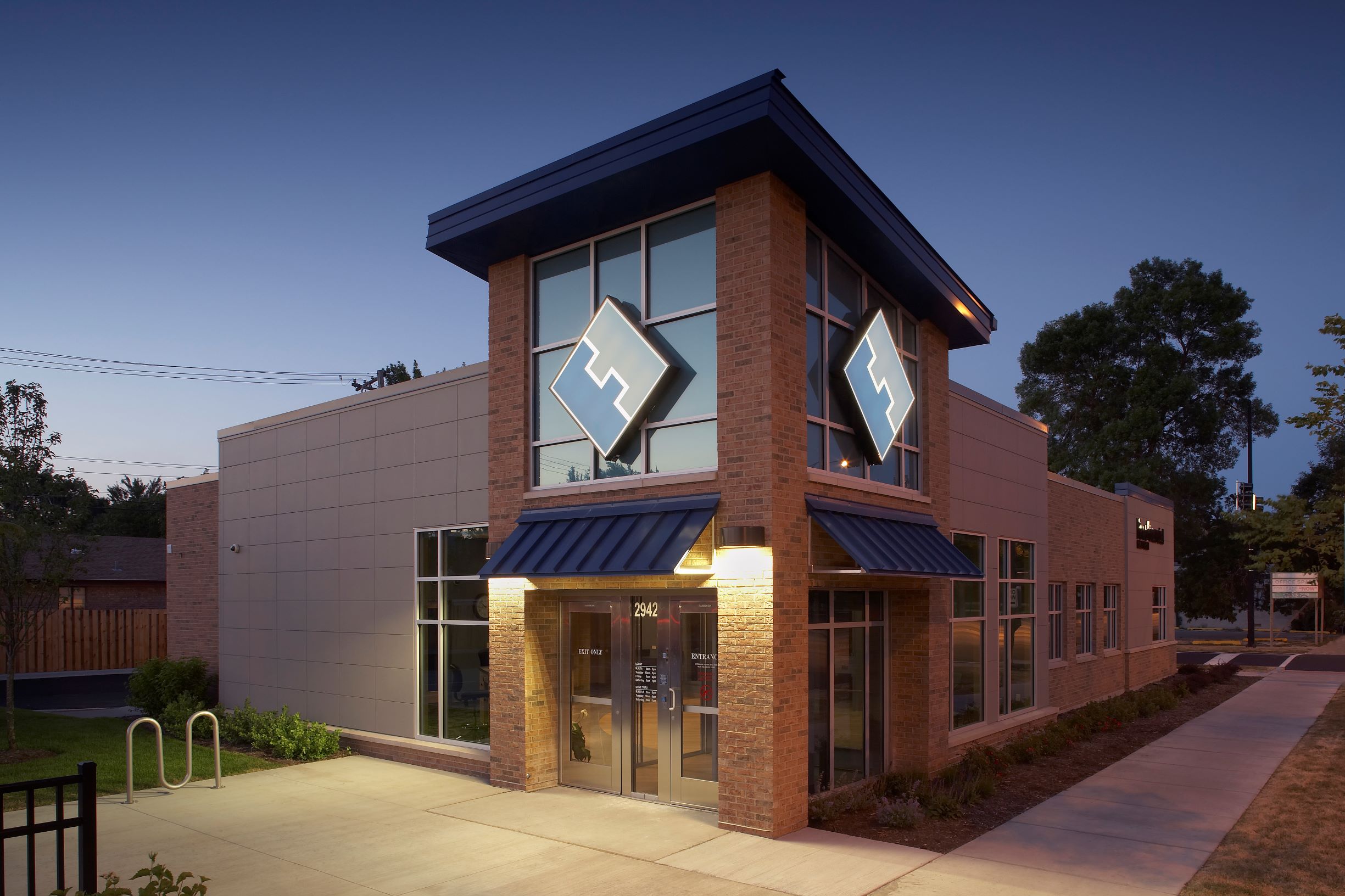