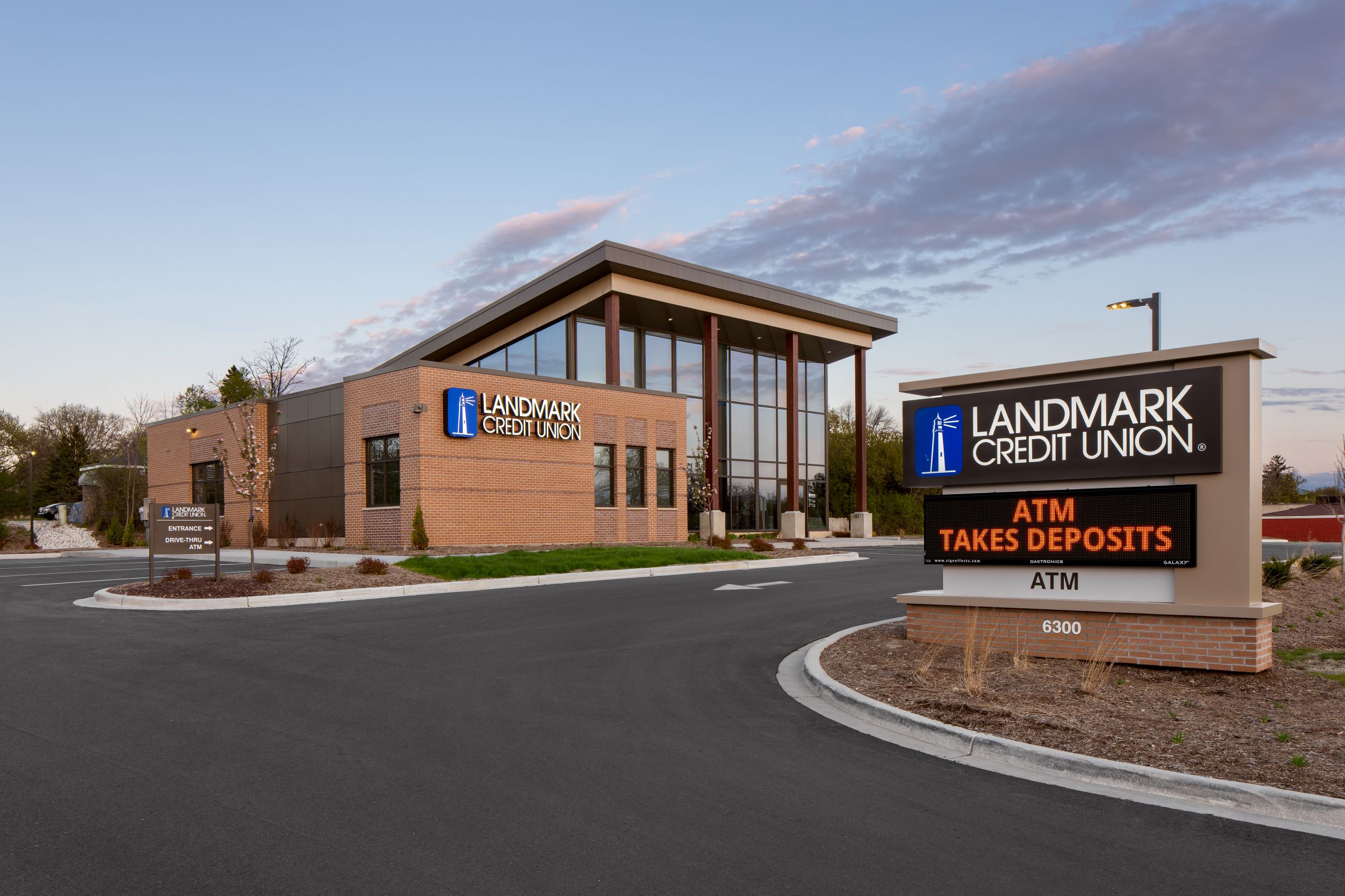 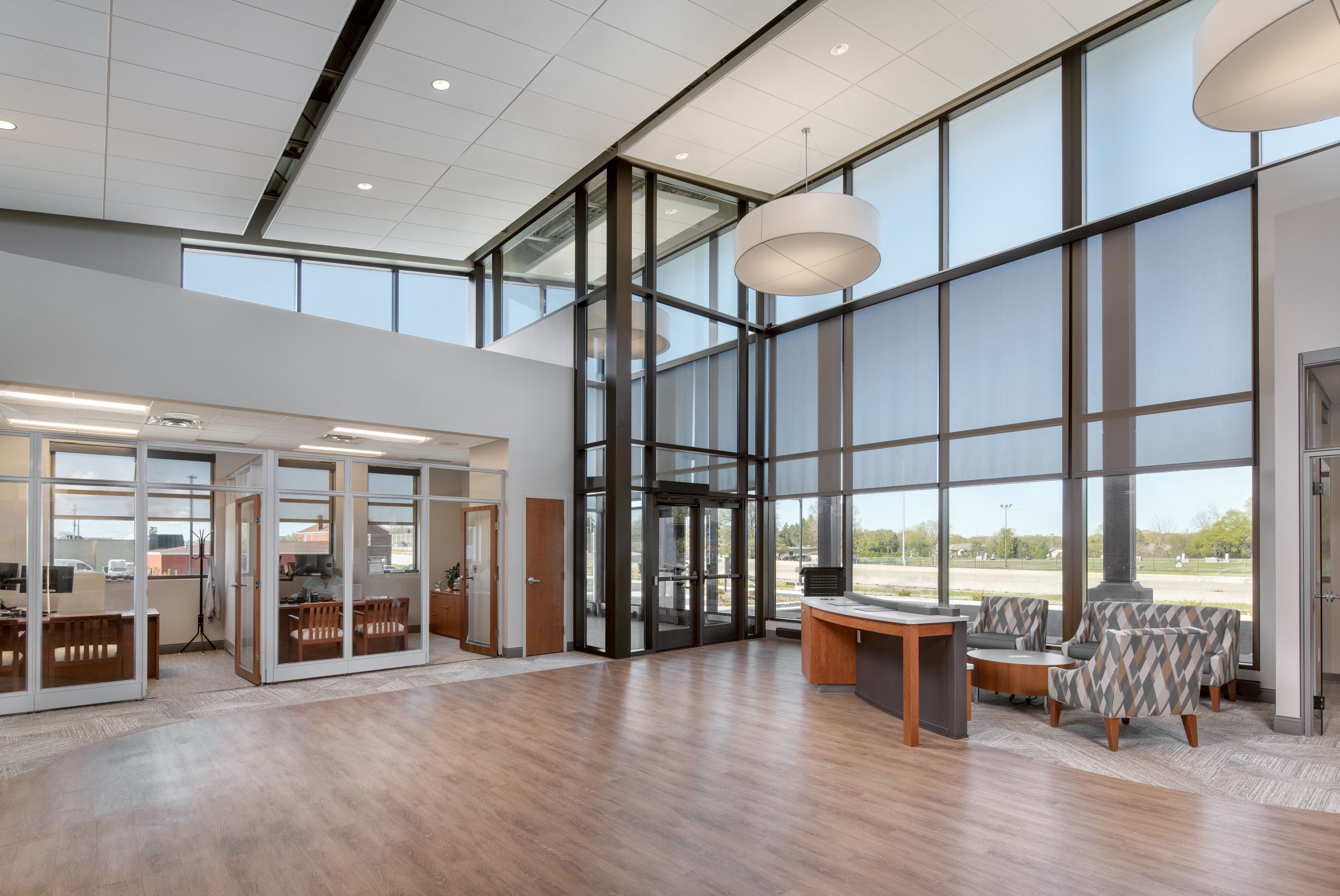 With expansion efforts moving in every direction outward from the city of Milwaukee, Landmark Credit Union decided to set a new footprint in Glendale, Wisconsin. Glendale is home to over 12,000 people and sits in the center of Milwaukee’s north shore region.

Take a quick glance at other branch locations La Macchia Group has completed for this $5 billion dollar credit union during their partnership:

La Macchia Group helped Landmark Credit Union build another prototype branch directly along highway 43, running north-south through highly populated suburban areas as part of the expansion effort. While driving on this freeway, you can’t miss the branch which satisfies Landmark’s goal of achieving maximum visibility wherever located. This branch location is also near a large Milwaukee-area high school, a popular retail center, and a well-known university in the city. Talk about spreading your brand to as many consumers as possible!

Fitting the prototype on every site is important to maintaining Landmark Credit Union’s exterior look. Regardless of branch location, the same high-end credit union image must be kept in order to live up to its city-wide presence and service to over 367,000 members with the highest level of sophistication in everything it does.

Although the prototype was established in 2016, it is exciting to think about what updates Landmark will want to make next to the exterior design. Updates to a prototype typically happen every 10 years so that brand and physical image are upheld in a competitive financial services market. With this credit union being an ambitious one, updates could easily happen within the next five to seven years.

A comfortable and inviting lounge for Landmark Credit Union members to enjoy while visiting their local branch.

Site challenges to work around

The La Macchia Group project team had an interesting site challenge with the land bought by the credit union. An existing water tower line runs directly through the site, so avoiding this pipe and building around it depended on careful coordination efforts between the city of Fox Point, the local civil engineer, and La Macchia Group.

With successful harmonization between all three parties, the building was able to be situated perfectly on the site and move forward into construction.

It is a known fact that Wisconsin is one of the best places to raise a family, and Landmark Credit Union has their own unique vision of supporting this statement by bettering the financial lives of thousands of families. With a successful and continual effort of deploying branches near desirable neighborhoods, business complexes and successful retail centers, there’s nothing this emerging credit union cannot accomplish. 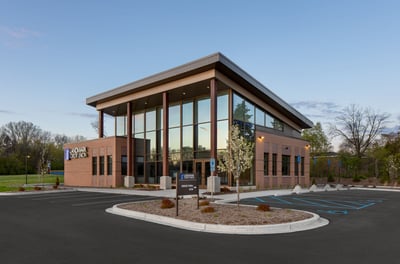 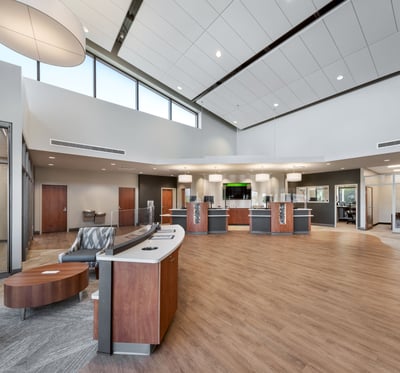 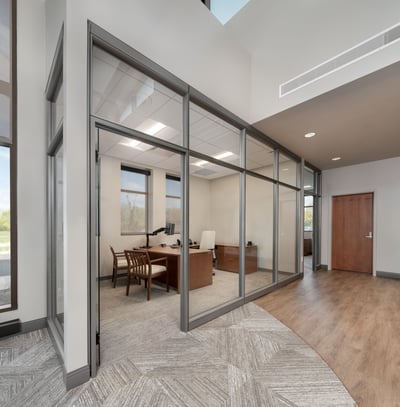 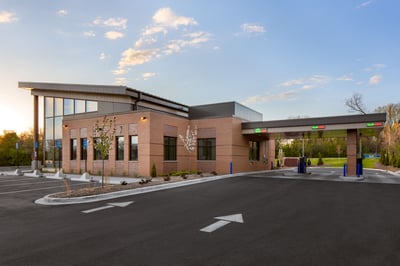 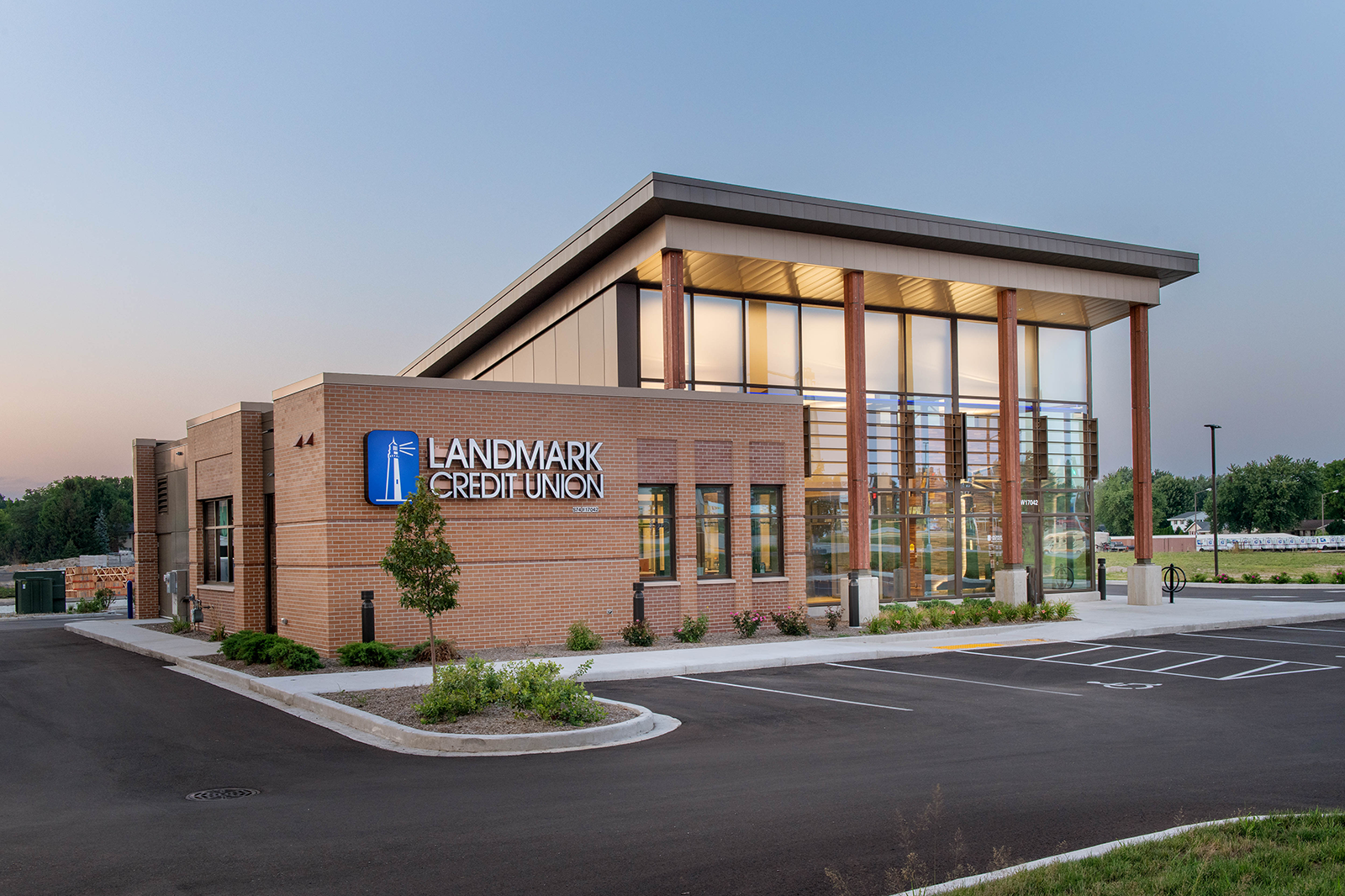