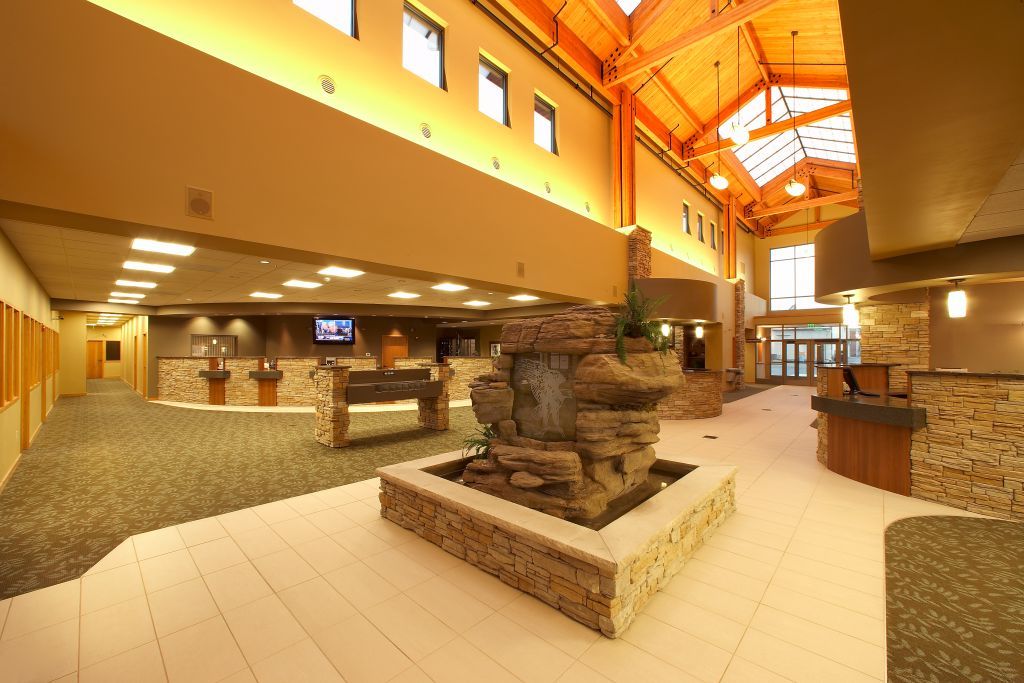 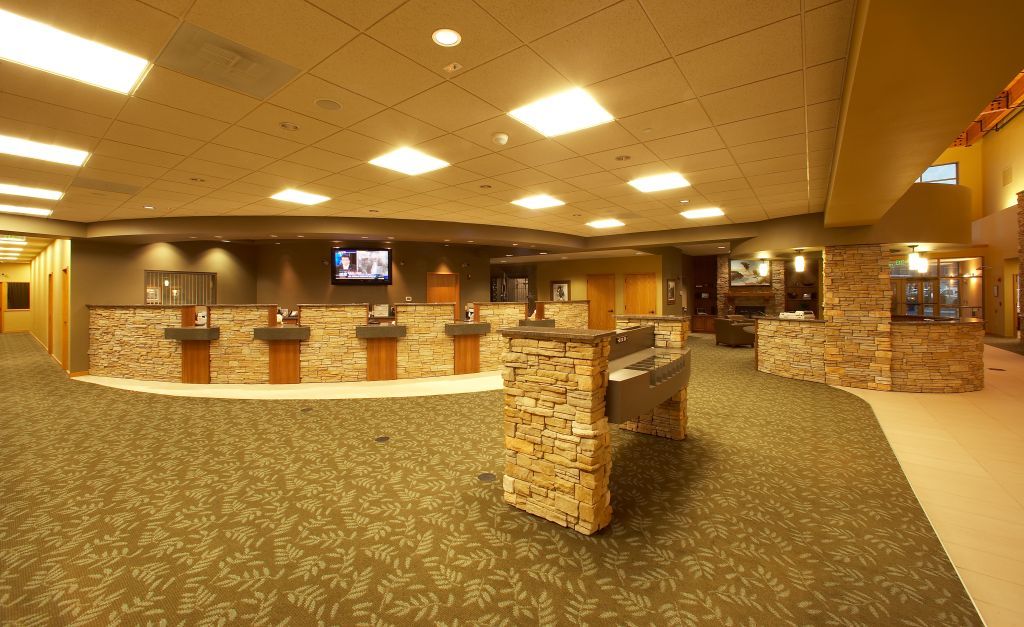 The nearly-100-year-old Bank of Wisconsin Dells wanted to refresh its brand and presence in the community by creating a new look for itself, and engaged La Macchia Group to achieve this goal. La Macchia Group performed an analysis of the bank’s existing facilities, which were built in 1962 and had four subsequent additions. Aside from the obvious need for more space, there were also numerous issues with the building’s electrical and HVAC systems.

In order to convey the right message and create a positive perception within the community, the decision was made to work with and add to the existing structure rather than building a completely new facility. While the overall aesthetic of the bank was a priority, so were functional requirements such as increasing the number of drive-up lanes and adding necessary square footage to the bank to accommodate future growth.

To achieve the bank’s goals while maintaining uninterrupted operations, the project was completed in four phases. The team acquired an additional site adjacent to the current location which served as the focus of Phase I. This provided the necessary space for a new remote drive-up facility that could operate independently from the bank. With the new drive-up component in place, Phase II commenced, including the demolition of the existing drive-up lanes and the completion of the two-story atrium and new south addition. Operations moved into this new addition to make way for Phase III, the remodel of the north side, and Phase IV, the remodel of the existing lower level.

An Eye Toward the Future

With an eye toward the future, the incorporation of "green" elements became central to the project; the bank is now one of only three truly "green" financial institutions in Wisconsin. The building employs a geothermal system for heating and cooling - heat pumps draw a recycled brine solution out of wells built around the exterior of the parking lot and pump it into the building. Thermostats in individual areas control the heat pumps and allow employees to adjust their areas for comfort without worrying about energy costs. Although the system wasn’t inexpensive, immediate savings are seen on the utility bill and the bank will see a 15 percent energy tax credit during the system’s first year of operation. The bank expects to fully recover its costs within 10 years.

Other green solutions in the Bank of Wisconsin Dells include reflective glass on the exterior windows and skylights in the atrium that flood the space with natural light, both reducing the need for artificial lighting solutions and highlighting the warm, earthy, and natural palette of the interior finishes. The finishes contain a high recycled content with some chosen specifically for their longer life cycle. Post-consumer recycled content is included in the fade-resistant wall coverings while the carpet is constructed of premium nylon for durability. Materials consistent with Wisconsin Dells history like sandstone and heavy timbers were incorporated into the design to achieve a regional aesthetic.

The result of the project is a 15,000 square foot remodeled existing building with an approximately 9,000 square foot addition, including the atrium. The original building was not on a main street and had a non-descript appearance with a flat roof; the facelift increased its height and gave it more visibility and a stronger presence in the community. The project provided a refreshed work environment for the employees and did so without the construction process impacting day-to-day operations.

The professional team at La Macchia Group listened to our concerns and designed and built a banking facility that meets our customers' needs today and well into the future. We are proud of our new Wisconsin Dells office and pleased with the quality workmanship provided by La Macchia Group.

View of the customer lobby at Bank of Wisconsin Dells. 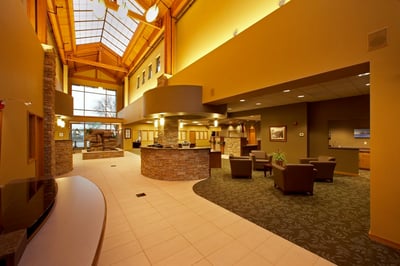 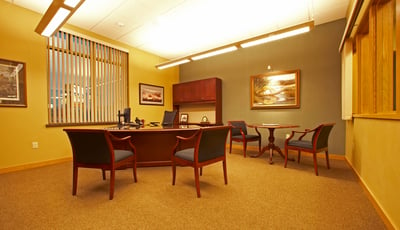 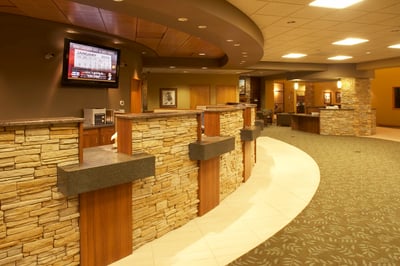 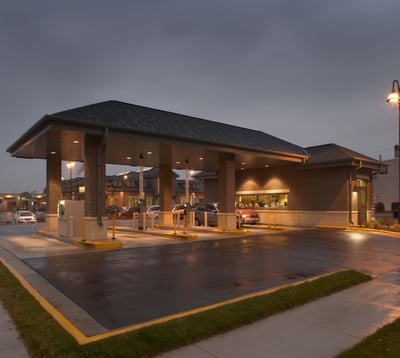 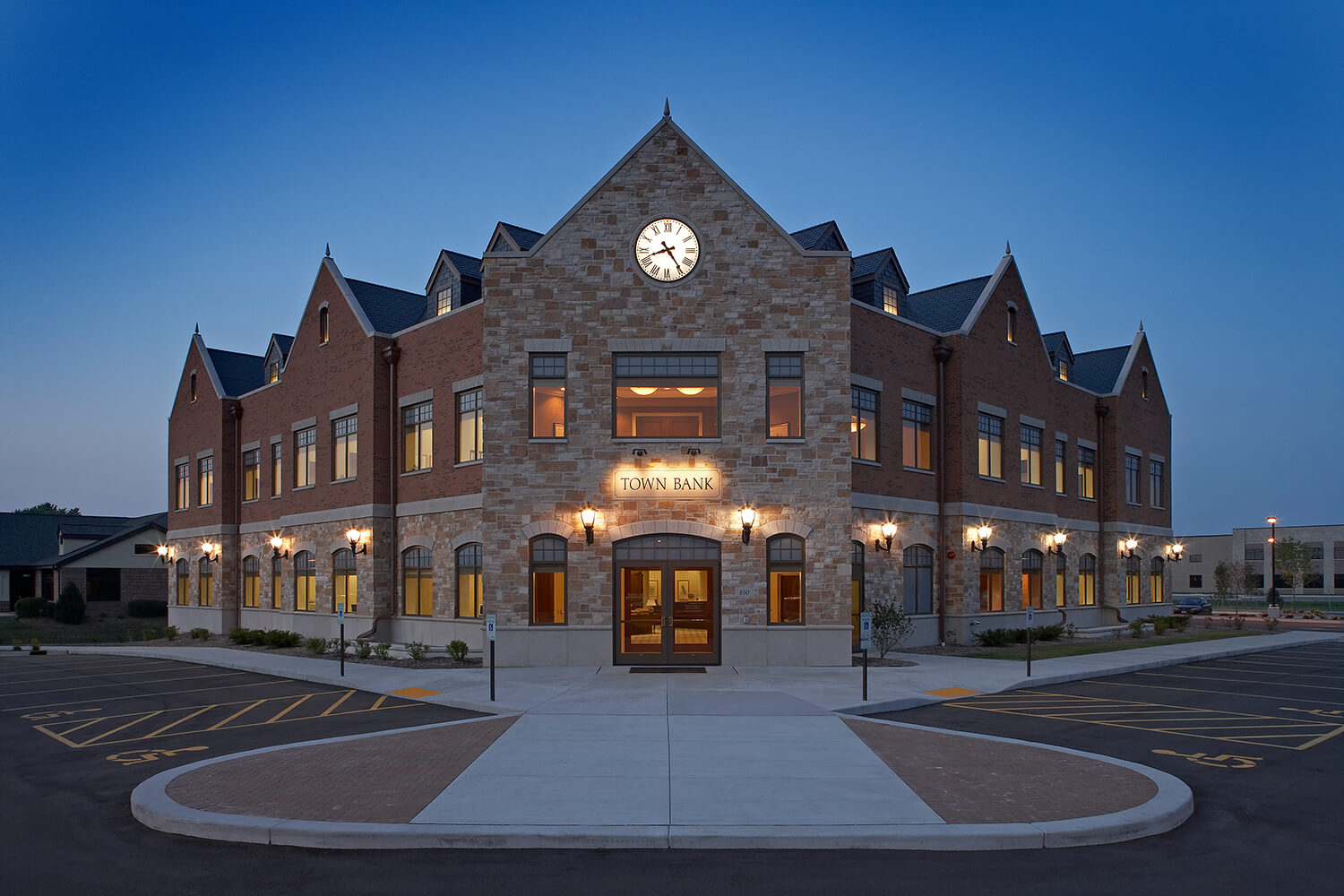 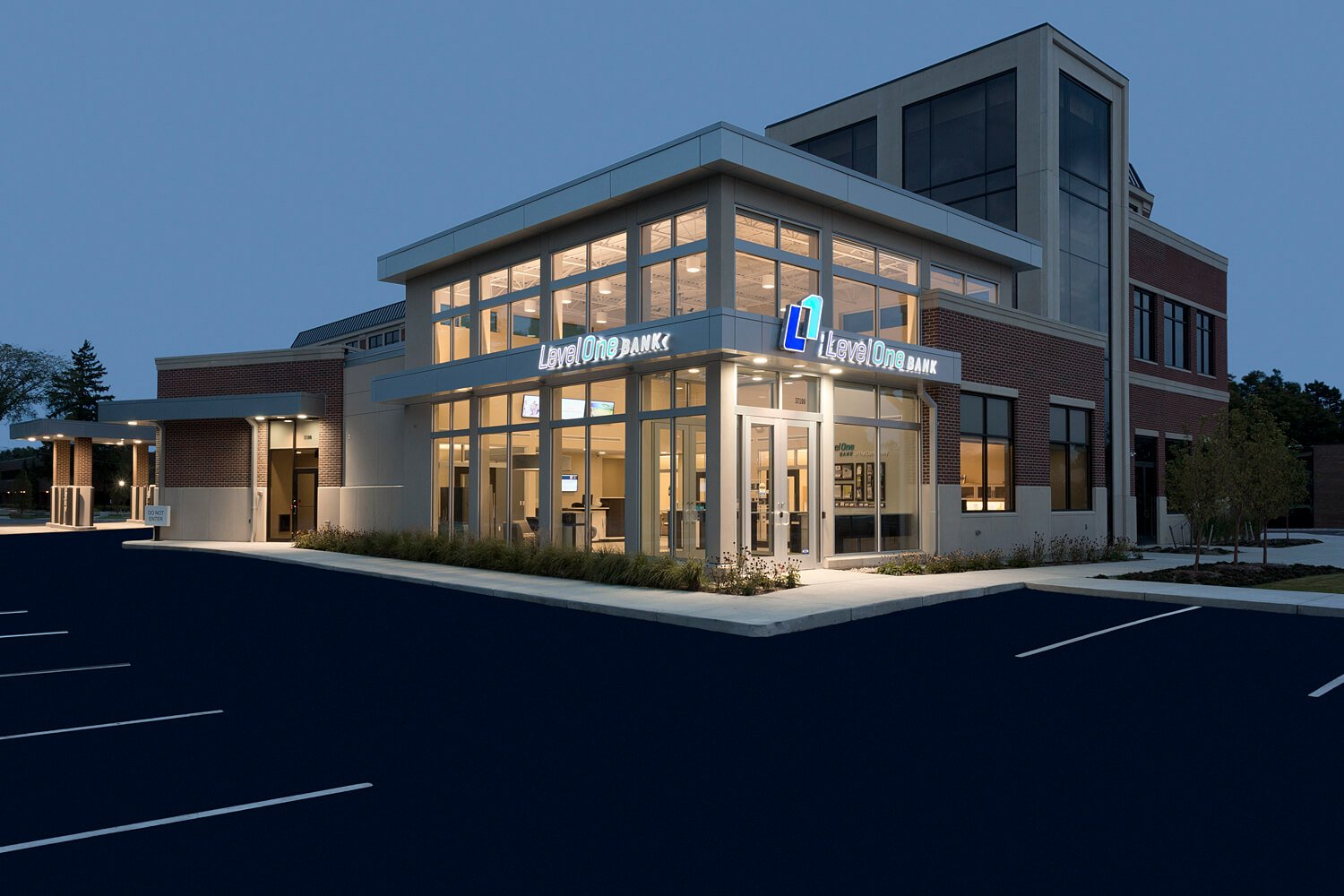